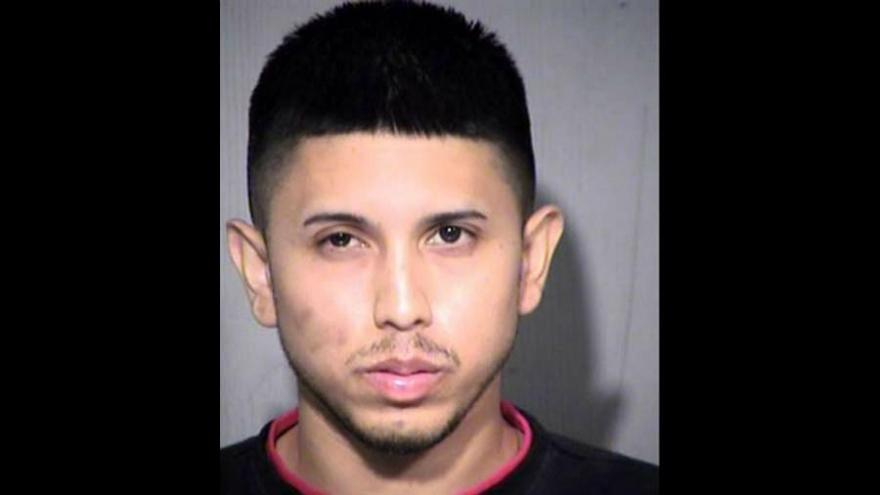 MARYVALE, Arizona (CNN) -- The shooter stalked his victims under the cover of darkness in this community, opening fire on the residents of Maryvale as they stood outside their homes or sat in their cars.

People who lived in the low-income, largely Hispanic neighborhood in west Phoenix changed their routines. While at home, they stayed away from windows to avoid gunfire. At night, the streets were deserted.

Police arrested suspected gunman Aaron Juan Saucedo in April. They say he allegedly killed nine people in separate shootings in 2015 and 2016. And for a community that lived in fear for months, life would never be the same again.

More than 200,000 people live in Maryvale, many of whom chose to call it home due to its affordable housing and strong sense of community.

It's a place where Hispanic, Caucasian, black and Native American families get along "pretty well," resident Thomas Garcia said.

But for some around Phoenix, Maryvale is better known for its gang violence, drugs and frequent robberies.

"Anything can happen anytime, anywhere," said Garcia, a 33-year-old credit analyst and father of four.

He describes Maryvale as "the Wild Wild West" or "Murderville."

The sound of gunfire is part of life there.

"From Thursdays through Sundays, it's rare to not hear the pop-pop-pop of gunshots late at night," said Ben Ramos, 50, who also lives in Maryvale.

New way of life for residents

For more than a year, families in Maryvale were too scared to sit in their front yards. Many hid inside their homes.

"You couldn't enjoy yourself being outside. It was so rough, you couldn't play outside with the kids and feel OK," said Francis Ramos, a resident and retired emergency dispatcher.

The shooter's victims spanned all ages. Many were standing outside their homes when a bullet took their lives.

Just half a mile from where three people were killed, Scott Annesley sees and talks with residents all day long while selling flower bouquets.

Under a tent on a busy corner, Annesley, 57, says he started looking over his shoulder when the shootings started. But since Saucedo's arrest, he's more relaxed.

"I felt nervous because many areas of Maryvale are not well lit. There is a lot of gang activity in the area," he said. "But now I'm breathing easier."

As police frantically searched for the gunman, neighborhood watch groups canvassed the streets, carrying fliers with a police sketch of the gunman. Some groups were made up of women and concerned mothers.

Rosa Pastrana, a member of the Osborn Block Watch, spent months trying to encourage people to speak up and call the police if they saw anything suspicious, she told CNN affiliate KTVK.

"Please save your children, your family, your father, your grandma, so please speak," she told residents.

Phoenix Mayor Greg Stanton said he was grateful for the citizens who helped in the case. Police received about 3,300 tips from the public that eventually led to Saucedo's arrest, he said at a news conference.

Authorities have not released a motive for the random killings that began with the August 16, 2015 murder of Raul Ramos, who was the boyfriend of Saucedo's mother.

Francis Ramos and some of his neighbors in Maryvale are relieved that police took the gunman off the streets.

"It took something like this for people to realize they need to help one another and share what they see," he said.