The status of the St. Joseph County Republican Party and two former members 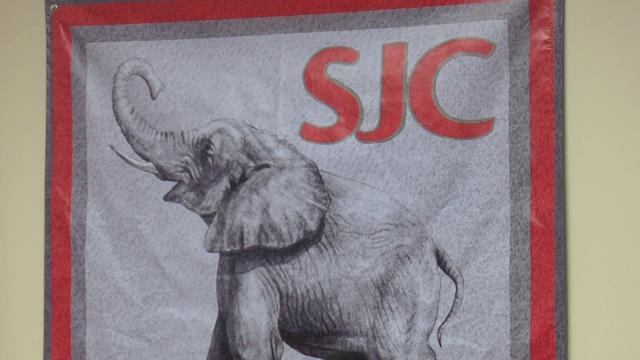 Two candidates dropped from the St. Joseph County Republican Party are continuing to run for office.

Arthus is running for at State Senate seat.

Bernacchi is running for judge.

“Neither candidate is in good standing with the St. Joseph County Republican Party,” Saenz said Monday.

The decision was made after both candidates, on separate occasions, got into loud arguments with volunteers at the GOP booth at the fair.

Burt Hall was one of those volunteers, and was there for both instances.

He doesn’t speak for the party, but definitely has his own opinions about what happened.

“Deliberately ambushing people and setting them up is a childish tactic,” Hall said.

In the second incident, Arthus was asked to leave by fair officials.

It was after that that both candidates were dropped by the party.

“I’m a member of the party contrary to what Roy Saenz says,” Arthus said.

“The Republican Party and the Democratic Party is just one big country club where rich people behind the scenes manipulate people,” Arthus said.

Doug Bernacchi is also continuing his campaign as a Republican, without the support of the county Party.

Wednesday, he announced that he hired a new campaign chairman.

“They can’t stop me unless they want to go to court,” Arthus said.

The St. Joseph County Republicans announced no plans to try to stop the men from running for office.

They don’t want to be associated with the former candidates.

“The party has no choice but to turn their back on them,” Hall said.

Hall says he’s not sure if the divide is reflective of a national GOP trend.

“This may be the micro of the macro. Who knows? But that being said, I don’t see either one of them being successful in November,” Hall said.

Arthus says he thinks the political arena is entering a new age.

“We’re in a very interesting period of time,” Arthus said.