The world has just redefined the kilogram 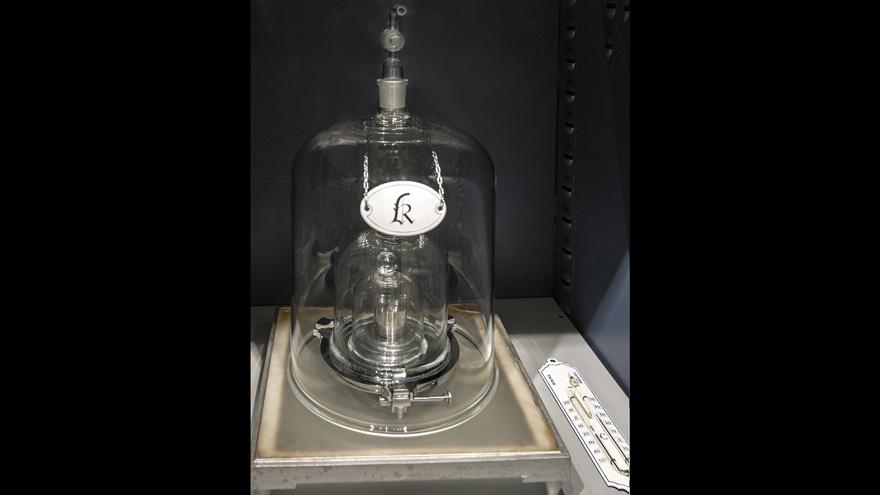 (CNN) -- Scientists and policy makers from around 60 nations voted unanimously Friday to redefine the kilogram.

The decision at the General Conference on Weights and Measures in Versailles, France was greeted with great excitement as officials approved the new definition, which is based on the Planck constant -- a physical constant observed in the natural world -- rather than the precise weight of a piece of metal kept under lock and key.

"The vote is a unanimous one, yes. I hope that such votes will be possible for many other issues in the world," said Sebastien Candel, president of the French Academy of Sciences.

For more than 100 years Paris has been home to Le Grand K -- or the International Prototype Kilogram as it is officially known -- a block of metal that previously defined the weight of a kilogram.

Until now, everything from kitchen scales to gym weights around the world was manufactured to the standard set by the cylinder of platinum iridium, which has been kept in a high-security vault in the French capital since 1889.

Different countries have their own "prototype kilograms" that serve as national standards, which were calibrated to the Paris artifact.

The reason for the change to the International System of Measurement (SI) units was that over time the prototype lost atoms and therefore mass because it is "susceptible to damage and environmental factors," according to the National Physical Laboratory (NPL), which houses Kilo 18, Britain's copy of Le Grand K.

Le Grand K was compared with the various copies only once every 40 years, which made the calibration potentially inaccurate. Though the change in mass is roughly equivalent to the weight of an eyelash, there could be wide repercussions.

"This is fine when it comes to measuring a bag of sugar, but is becoming unacceptable for more sophisticated science, such as when measuring doses in pharmaceuticals," a statement from the NPL said.

The new definition is based on the Planck constant, which is inherently stable, according to the NPL.

Although the value of the kilogram will not change, the redefinition of the kilogram using a constant will ensure it remains reliable, and enable far more accurate mass measurements in the future.

The Planck constant describes the behavior of particles and waves on the atomic scale and depends on three units: the meter, kilogram and second. As the second and meter are measured and defined by the speed of light, they can be used with the fixed Planck constant to define a kilogram.

The Planck constant is, in turn, measured using an instrument known as the Kibble balance, first developed at NPL by the late physicist Bryan Kibble.

"The redefinition of the kilogram is a tremendous leap for the international measurement community and science as a whole," said NPL fellow Ian Robinson, who worked on the device's development with Kibble.

"By using a universal constant of nature to define the kilogram we have enabled the whole world to contribute to the topmost level of mass measurement and, in addition, paved the way for future innovations. Much like upgrading a building's foundations, we're building a stable base for future science and industry."

The redefinition will come into effect on World Metrology Day on May 20. The conference is hosted by the International Bureau of Weights and Measures.