Theft suspect arrested after leading police on a pursuit 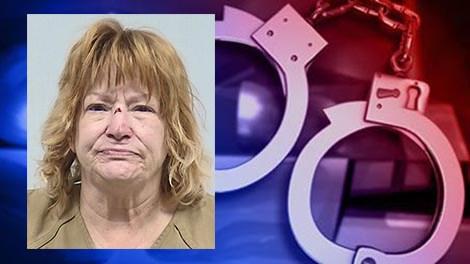 A woman is facing multiple charges after allegedly stealing alcohol from a pharmacy, then failing to stop for police.

Goshen Police were called to the CVS on Main Street for a report of the theft of alcoholic beverages.

When officers arrived, they noticed the suspect was attempting to leave the parking lot and activated their lights and sirens.

The driver did not stop and continued out of the parking lot and headed westbound on Madison Street.

Police said officers followed the driver until the driver pulled behind the residence at 111 E. Pike Street.

Police say the pursuit was not a high speed pursuit but the driver did not stop at any traffic control devices.

When the driver got out of her vehicle, she attempted to enter the residence, but officers took her into custody.

The driver, 61-year-old Karen Morgan, was taken to IU Goshen Hospital for medical clearance, then was taken to the Elkhart County Jail.