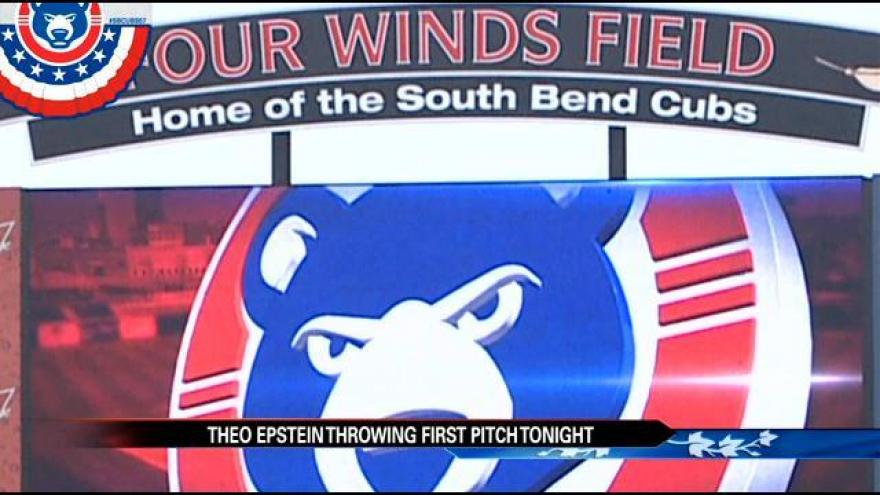 The first pitch of an opening baseball season is an exciting time for players and the fans.

The South Bend Cubs home opener on Thursday is the start to not only a new season, but a brand new affiliation too.

“Opening day is going to be a great event for us. It's our first day as a Chicago Cubs affiliate," said Joe Hart, President of the South Bend Cubs.

The Chicago Cubs' Theo Epstein will be throwing out the first pitch to kick off the season.

“To have Theo here, he's a baseball guy, and I know the fans are excited too. This is the guy who is President of Baseball Operations for the Chicago Cubs, to have him here is pretty special,” said Hart.


Epstein is the youngest GM in Major League Baseball history. He was hired by the Boston Red Sox in 2002 at the age of 28. Since then he has led the team to many championships before he resigned and joined the Chicago Cubs.

As President of Baseball Operations for the Chicago Cubs, Epstein has had plenty of practice throwing strikes, but Hart has his own advice for the first pitch.

He recalled one of the funniest first pitches he had ever seen.

“Probably one of the funniest things I've ever seen. I saw someone throw the first pitch and they tripped and literally rolled down the mound."