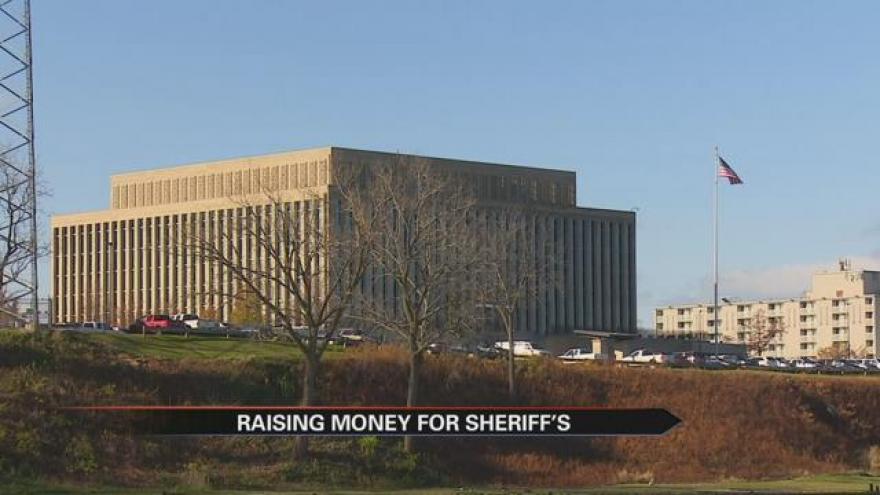 “Following those shootings, the community was in shock! We all wanted to do something to make it better,” Lisa Cripps-Downey said.

“Donations came in from all over Berrien County,” Cripps-Downey, the president of the Berrien Community Foundation, said. “And the gifts ranged from $5 to $6,000.”

The Berrien Community Foundation set an initial fundraising goal of $30,000 to help the sheriff’s department get new equipment in wake of the shooting.

On Wednesday, a check for $52,229 was presented to Berrien County Sheriff Paul Bailey.

“It goes to show you how – what a great county we live in,” Sheriff Bailey said. “And how caring people are. And how supportive they are toward law enforcement.”

It was a moment of joy after tragedy in July.

An inmate being transported from a holding cell to a courtroom inside the Berrien County Courthouse got his hands on a bailiff’s gun during a fight on July 11.

He shot and killed bailiffs Ron Kienzle and Joe Zangaro before being shot dead by responding officers.

“They were my friends for over 35 years,” Sheriff Bailey said. “We miss them every day. And our prayers are with their families as they continue to heal from the big loss that we had on that day at the courthouse.”

The Berrien Community Foundation worked with Sheriff Bailey to determine safety upgrades his department needed – bulletproof vests worn over uniforms that can stop rifle rounds, special LED flashlights that are mounted to officers’ guns, and level three security holsters – the highest level gun holster there is, adding one more step to access the weapon.

A community run was hosted.

All of this happened on top of donations from concerned residents; one, in particular, standing out.

“It was probably our smallest donation,” Cripps-Downey said. “It was a $5 donation with a letter that said thank you, saying that they wished they could give more, but they wanted to do something to show their support and appreciation for what the sheriff’s department does.”

The donations will fully cover the cost of all the new equipment for the sheriff’s department.

Sheriff Bailey said they’ve already begun purchasing some of it, and his deputies will be trained and using it in the New Year.