Thousands still stranded in the dark from Sandy 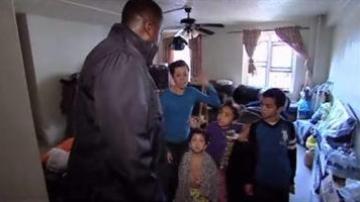 Thousands of residents are still in the dark because of Superstorm Sandy.

ABC News went through some of the hardest hit areas in New York City. There they found people barely surviving the cold temps and harsh winds without electricity or any food.

Some say they're surviving on only bread and water.

The utility companies won't be able to fix power outages until everything is dry. Plus crews are waiting for new equipment out of Texas.

It's possible that won't arrive until the weekend.