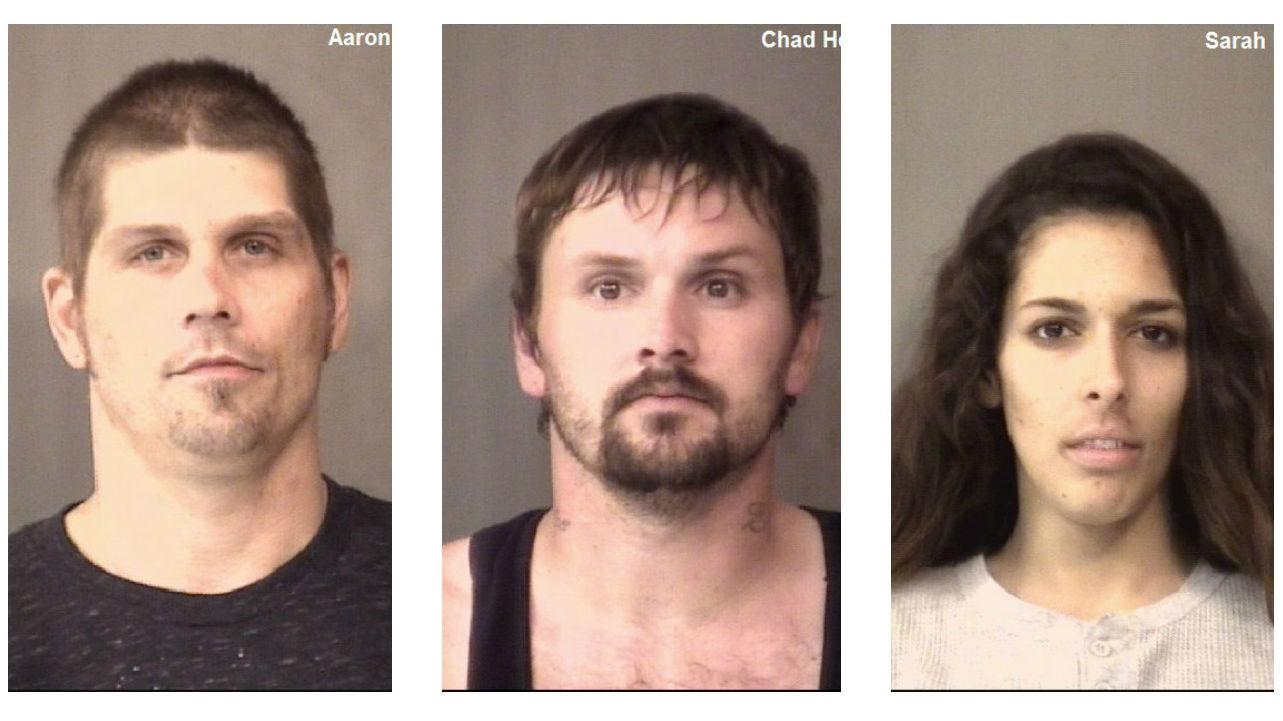 Three people were arrested Monday during a police home visit after officers found drugs in the home.

Warsaw Police Narcotic Officers and Kosciusko County Probation went to a home in the 1500 block of West 400 North around 2:30 p.m. to complete a home visit.

Police say the Indiana Department of Child Services attempted a home visit earlier in the day after receiving complaints of drug use at the home.

During the visit, authorities saw drug paraphernalia which tested positive for methamphetamine.

Officers then obtained a search warrant and found more than two grams of crystal meth, more than one pound of marijuana, multiple needles, smoking devices, and other drug paraphernalia.

Police say they also found over $2,500 in cash, two handguns, two sawed off shotguns, another shotgun, and a muzzleloader.

The other two suspects charged were 29-year-old Chad Heinold of Warsaw and 25-year-old Sarah Hine of Kingsford Heights.

Hine was charged with possession of marijuana, visiting a common nuisance, and possession of paraphernalia. She is being held on a $5,250 bond.