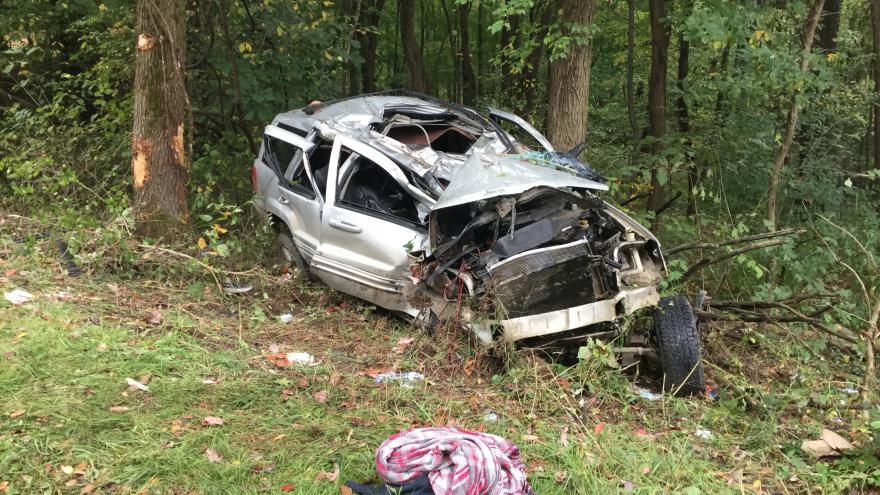 HOWARD TOWNSHIP, Ind. - According to Sheriff Richard Behnke, deputies responded to a report of a crash that occurred on Anderson Road in Cass County Friday Afternoon at around 4:20 p.m. The crash involved a 17-year-old male and two juveniles.

An initial investigation revealed that the driver lost control of the vehicle while driving northbound on Anderson Road, hitting a tree.

One person was ejected from the car.

All three were transported to the South Bend Memorial Hospital for treatment for their injuries sustained during the crash.

Seat belts were not worn during that crash, and speed is believed to have been a factor.