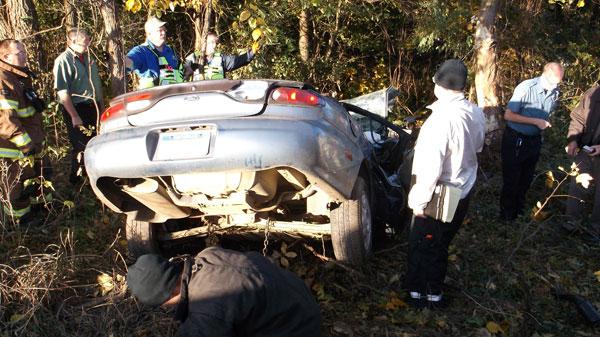 Three people, including two students of Vicksburg Public Schools, were killed in an accident on 94th Avenue in Porter Township Thursday morning in a single vehicle accident.

Deputies responded at 8:10 a.m. to 94th Avenue and 18 1/2 Street after the driver failed to negotiate a curve and struck a tree, according to the Van Buren County Sheriff's Office.

Deputies believe the accident happened a significant amount of time before the accident was called in. The vehicle was cool and the car was in a heavily wooded area off the road.

All three were pronounced dead at the scene.

The driver was a 21 year old male from Vicksburg.

The passengers were a 15-year-old male and a 16-year-old female from Vicksburg.

Vicksburg School administrators have been notified to make grief counselors available at school on Friday.