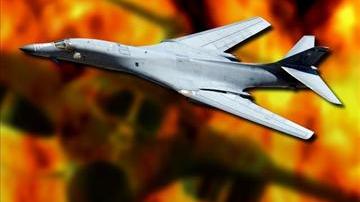 SPOKANE, Wash.— A military plane flying from a naval air station  near Harrington, Washington crashed during a routine training mission.

All three people on board died.

According to the Department of Defense, it was a twin-engine plane that could seat four people.

"This morning it was pretty early, but we heard a boom," said a witness to the crash. "Shook the house pretty hard. I got in a truck and drove over to the site and saw a lot of debris crossing the field."

Officials flew over the crash site and described it as a black spot in the middle of a field.