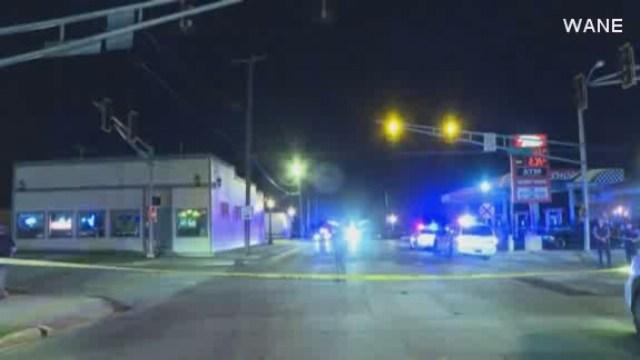 Three were killed and two were injured in a shooting at the Sports and Spirits Bar just after 2 a.m. Tuesday.

Witnesses told police they heard gunshots inside the bar, and then saw one person run away.

"As officers arrived on the scene, they located several occupants inside and outside the establishment at which time they got everyone out of the building. When they entered the building to search for the suspect they located the victims," said John Chambers with the Fort Wayne Police Department.

The two injured victims showed up at the Fort Wayne hospital. They are listed in good condition, according to 21Alive in Fort Wayne.

According to 21 Alive, the owner of the bar is shutting it down and relinquishing his liquor license.

We are saddened by the tragic events that occurred at Sports Spirits. Our hearts go out to the families of the victims. We are cooperating with the authorities to assist them in identifying the individuals responsible for this incident. We hope that they will be brought to justice.

We have voluntarily tendered our alcoholic beverage permit to the Indiana Alcohol & Tobacco Commission to be placed in escrow. We do not plan to reopen the business. We appreciate the concern expressed by many of our loyal customers who have reached out to us.

CNN contributed to this story