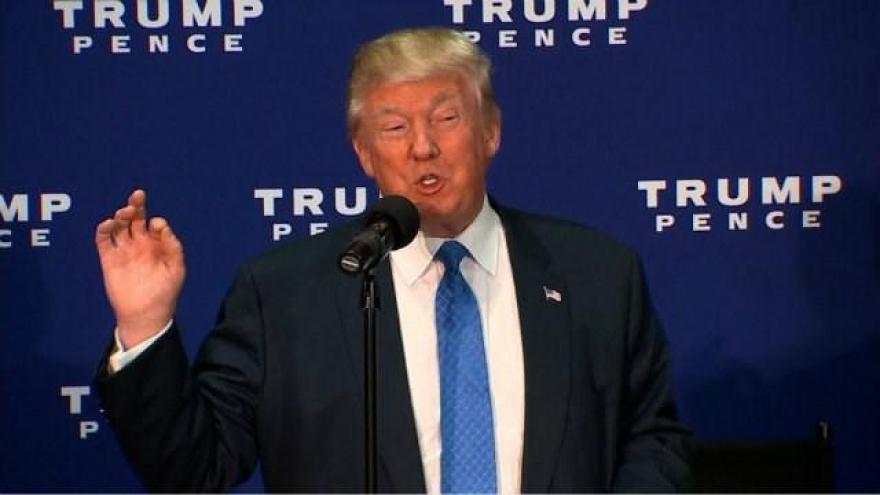 (CNN Money) -- Three major organizations have announced they are abandoning plans to host events at President Trump's club in Florida.

The Cleveland Clinic, the American Cancer Society and American Friends of Magen David Adom, an Israeli charity, have all canceled plans for galas at Mar-a-Lago.

It will be the first time in eight years that the Cleveland Clinic has not held the fundraiser at the Trump resort.

Toby Cosgrove, the Cleveland Clinic's CEO, was among the executives on the White House business councils that imploded this week after Trump said both white supremacists and counter-protesters were to blame for violent protests in Charlottesville, Virginia last weekend.

"We thank the staff of Mar-a-Lago for their service over the years," the hospital group said in a statement. It did not give a reason for its cancellation. The announcement was reported earlier Thursday by the Cleveland Plain Dealer.

The nonprofit said in a statement that it had planned to host its 2018 gala at Mar-a-Lago "based on a variety of factors, including costs and venue requirements." But the organization said "it has become increasingly clear" that hosting its fundraiser on Trump-owned property presents a "challenge" to its values.

The American Cancer Society -- which has hosted the annual event at Mar-a-Lago for at least the past decade -- has not yet selected another venue. The decision was reported earlier by the Palm Beach Post.

Mar-a-Lago declined comment. The Trump Organization did not immediately respond to a message.

The health organization last hosted its gala in Trump's Palm Beach club in February of this year.

That event coincided with a visit from Trump, who was in Florida the same weekend to meet with Japanese Prime Minister Shinzo Abe.

Related: What happened behind the scenes as Trump's business councils fell apart

On Thursday, CNNMoney reached out to all the organizations that have announced plans to hold events at Mar-a-Lago in the coming months. The American Friends of Magen David Adom, a group that supports Israel's national ambulance, blood-services, and disaster-relief organization, confirmed it too has decided to move its annual gala to another location.

"After considerable deliberation, AFMDA — an apolitical and humanitarian aid organization — will not hold its 2018 Palm Beach Celebration of Life Gala at Mar-a-Lago," spokesperson Erik Levis said in a statement.

Only one other organization, Kravis Center for the Performing Arts, responded to CNNMoney's inquiries.

That group confirmed it will host a wine auction at the club on February 1.