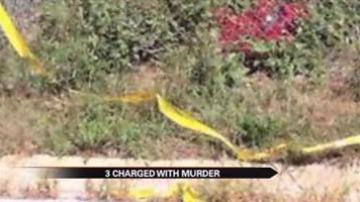 MICHIGAN CITY, Ind. -- Three people have been charged in connection with the murder of a Michigan City teenager last week.

On Sunday, the prosecutor's office announced felony murder charges against Jamar Pasha, John Isbell and Krystal Bahus. Police say that they were involved with the shooting death of Isiah Wright.

According to probably cause testimony, the three robbed Wright before he was shot and killed on East Michigan Boulevard on Thursday night.