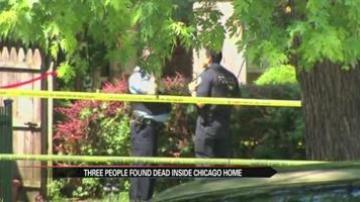 CHICAGO, Ill -- At least 3 people are dead in Chicago, stemming from what police believe was a hostage situation.

Officers heard gunshots as they arrived at the scene Monday morning.

According to police, officers found the bodies of two women inside the home.

They also found the body of a man they think is the shooter.

Police say he appeared to have died from a self-inflicted gunshot wound.

Two other people found outside were taken to the hospital.
Share this article: