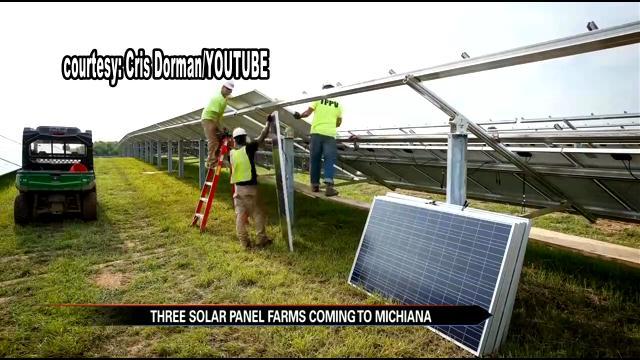 A pilot solar panel power program is kicking off in Michiana.

A spokesperson with Indiana Michigan power said they are currently looking over contract agreements.

One farm will be put in near Watervliet, one in South Bend near New Carlisle, and one in Mishawaka.

Warner said, “This will be rows and rows of solar panels. The one at Watervliet which is a little bigger will have literally thousands!”

Warner said it's a $38M project. He said customers will not see a significant increases in their bills, but the solar farms will be operations by 2016.

Warner said, “Overall about 3/10ths of 1-percent possibility, although those figures will be defined later.”

These contracts have the potential to bring jobs to Michiana.

Warner said, “Speaking of renewable and the importance of having more renewables, later this year I&M will have a milestone where over 50 percent of our energy will be coming from non carbon emitting sources!”