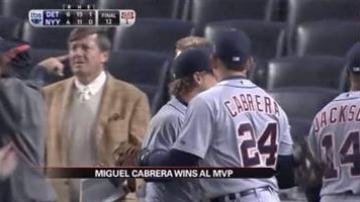 But the Tigers' Miguel Cabrera was named the American League MVP by the members of the Baseball Writers Association of America.

He was also the first player in 45 years to win the MLB Triple Crown.