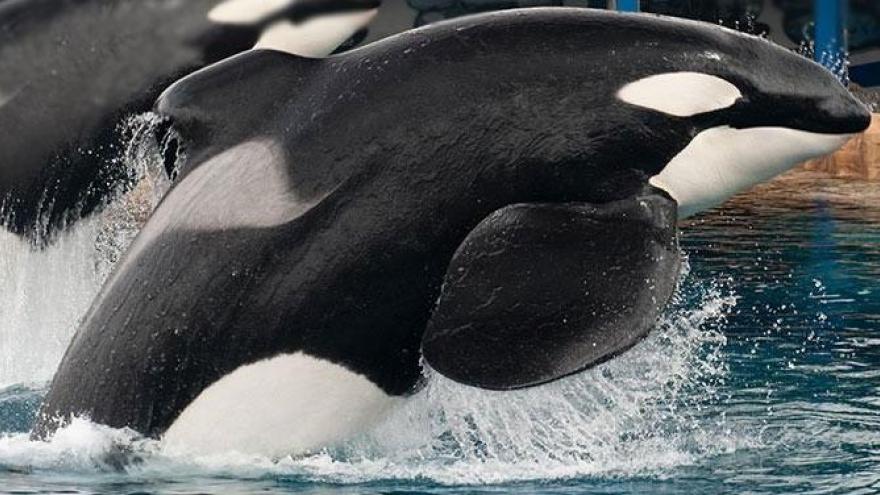 (CNN) -- Tilikum, the killer whale involved in the deaths of three people, including SeaWorld trainer Dawn Brancheau in 2010, has died, SeaWorld reported Friday.

Tilikum was at the center of the 2013 CNN documentary "Blackfish."

"Tilikum passed away early this morning, January 6, surrounded by the trainers, care staff and veterinarians that provided him around-the-clock world-class care," SeaWorld said on its website.

SeaWorld reported in March that the orca -- estimated then to be 35 -- may be dying. It also announced then that it would no longer house the whales at its water parks.

"Tilikum had, and will continue to have, a special place in the hearts of the SeaWorld family, as well as the millions of people all over the world that he inspired," SeaWorld president and CEO Joel Manby in a statement. "My heart goes out to our team who cared for him like family."

The company has come under fire for its treatment of killer whales since the 2013 CNN documentary.

The film gave a disturbing portrayal of the captivity of the killer whales in SeaWorld. The Orlando-based water park operator responded to the film by calling it false, misleading and "emotionally manipulative" propaganda.

In a Twitter post on Friday, the animal rights group People for the Ethical Treatment of Animals shared a photo of the whale with the message: "R.I.P. Tilikum Dead after three decades of misery."

Other whales remain at the water park.

"The orcas will continue to live at SeaWorld for many years to come, inspiring guests in new and natural ways," the company said on its website at the time "They will continue to receive the highest-quality care based on the latest advances in marine veterinary medicine, science and zoological best practices."

Tilikum became a part of SeaWorld 25 years ago, according to the company. The whale was near the high end of the average life expectancy for male killer whales according to an independent scientific review.

"While the official cause of death will not be determined until the necropsy is completed, the SeaWorld veterinarians were treating a persistent and complicated bacterial lung infection," SeaWorld said Friday.

"The suspected bacteria is part of a group of bacteria that is found in water and soil both in wild habitats and zoological settings."

"Tilikum's life will always be inextricably connected with the loss of our dear friend and colleague, Dawn Brancheau," the SeaWorld statement added.

Brancheau, 40, died in 2010 from "multiple traumatic injuries and drowning" after the 12,000-pound killer whale grabbed her ponytail and pulled her underwater in front of shocked onlookers at Shamu Stadium, the Orange County Sheriff's office reported then.

Rescuers were not immediately able to reach Brancheau because of the "whale's aggressive nature," the sheriff's office said at the time.

She was recovered by SeaWorld staff members after Tilikum was coaxed into a smaller pool and lifted out of the water by a large platform on the bottom of the smaller tank, authorities said.

Tilikum had been linked to two other deaths. He and two other whales were involved in the drowning of a trainer at a Victoria, British Columbia, marine park in 1991. The trainer fell into the whale tank at the Sea Land Marine Park Victoria and was dragged underwater as park visitors watched.

In 1999, Tilikum was also blamed for the death of a 27-year-old man whose body was found floating in a tank at SeaWorld, the apparent victim of a whale's "horseplay," authorities said then. The sheriff's office said the man apparently hid in the park until after it closed, then climbed into the tank.

Tilikum was captured off the coast of Iceland and sired 21 calves in captivity. SeaWorld now has 22 orcas at its three facilities in Orlando, Florida; San Antonio, Texas; and San Diego California.

Many people expressed sadness over the whale's passing on social media Friday, while others labeled Tilikum "a murderer."