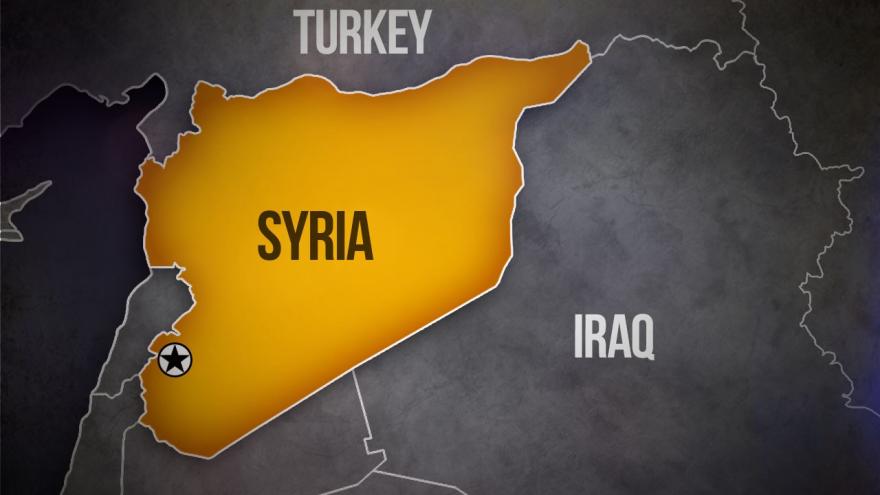 By Zachary Cohen and Kevin Liptak

WASHINGTON (CNN) -- US President Donald Trump and Russian President Vladimir Putin reached an agreement on curbing violence in southwest Syria during their sitdown at the G20 meeting Friday in Germany, according to Secretary of State Rex Tillerson.

Tillerson, who sat in on the discussion between the two leaders, told reporters the ceasefire was a "defined agreement" and could be a precursor to further cooperation in Syria.

"This is our first indication of the US and Russia being able to work together in Syria," Tillerson said.

The two leaders had a "lengthy discussion of other areas in Syria where we can work together," he added.

After the meeting concluded, Russia's Foreign Minister Sergey Lavrov, who was also present at the meeting, said that the US, Russia and Jordan have issued a joint memorandum on establishing a de-escalation zone in southwest Syria, in the regions of Daraa, Quneitra and Suwayda.

A ceasefire will come into effect in this de-escalation zone starting at noon Damascus time on July 9.

The US and Russia "promised to ensure that all groups there comply with the ceasefire" and "provide humanitarian access" Lavrov said. Russian military police -- coordinating with the US and Jordan -- will initially ensure security around the de-escalation zone.

News of a ceasefire agreement comes as US-backed Syrian Democratic Forces (SDF) are pushing into Raqqa, the self-proclaimed ISIS capital.

While it could still be weeks, if not months, before they are able to fully liberate Raqqa, according to a US defense official directly familiar with the status of the fight, the US-led coalition has begun planning for an internal security force of local recruits that could "hold" the city once military operations are over.

If and when Raqqa is liberated, the question of who holds onto it, and the potential role of the Syrian regime and Russia forces in Syria is not clear, according to officials.

And while taking Raqqa back will not be the end of ISIS in Syria, Tillerson noted on Friday that Syrian President Bashar al-Assad will leave power eventually, though he said the future remains unclear for leadership in Syria.

"How Assad leaves is yet to be determined," Tillerson told reporters at the G20 in Hamburg. "There will be a transition away from the Assad family," he said.

Tillerson also said that he believes the US and Russia have the same goal of wanting to see a stable Syria post-ISIS.

"I think there is a level of commitment on the part of the Russian government," Tillerson said. "They see a transition from the defeat of ISIS to ... what do we do with the state of Syria after the fall of ISIS."

Trump and Putin began the meeting -- which lasted two hours and 16 minutes -- with light pleasantries, setting a more upbeat tone for talks covering prickly topics, including Syria and efforts to influence US elections.

According to Russian state-run Sputnik media, the leaders discussed the situation in Ukraine and Syria, the fight against terrorism and cybersecurity.

"I had a very lengthy conversation with the President of the United States, there were a lot of issues such as Ukraine, Syria, other problems, some bilateral issues," Putin is quoted as saying after the session was complete.

CNN's Mary Ilyushina and Barbara Starr contributed to this report.