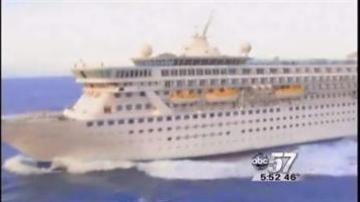 This week marks the 100th anniversary of one of the most famous disasters of all time, the sinking of the Titanic.

Hundreds are embarking on Titanic's original route to observe the anniversary. The ship left England on Sunday 100 years to the day that Titanic set sail.

While the original ship's story ended in tragedy, cruise organizers say they're not worried about icebergs.

There are more than 1,300 passengers are on board, including some of whom are related to original passengers on the Titanic.

The trip sold out two years ago and is expected to reach New York Wednesday. The Titanic sank April 15, 1912.