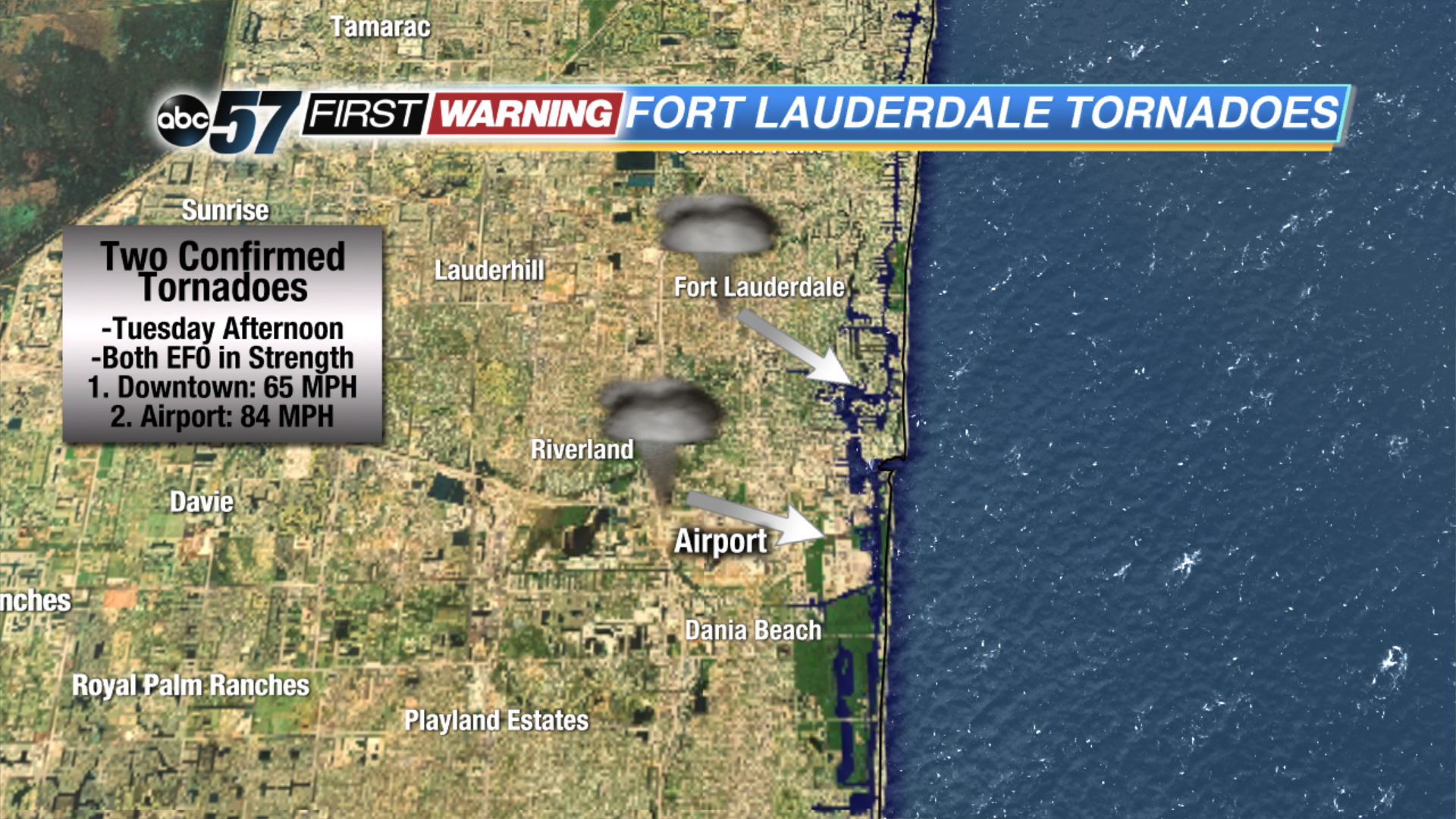 Rough paths of the two tornadoes that moved through Fort Lauderdale on April 10th
When thinking about tornadoes, states like Kansas, Oklahoma and Texas probably come to mind. Those three states average the most tornadoes per year, on average, with Texas leading the way. Right behind those states is Florida. Yes, the Sunshine State averages about 55 tornadoes per year. That is tied with Nebraska for fourth according to U.S. Tornadoes. Typically the tornadoes that strike Florida are weak in nature. That was true for Tuesday's twisters that struck Fort Lauderdale. 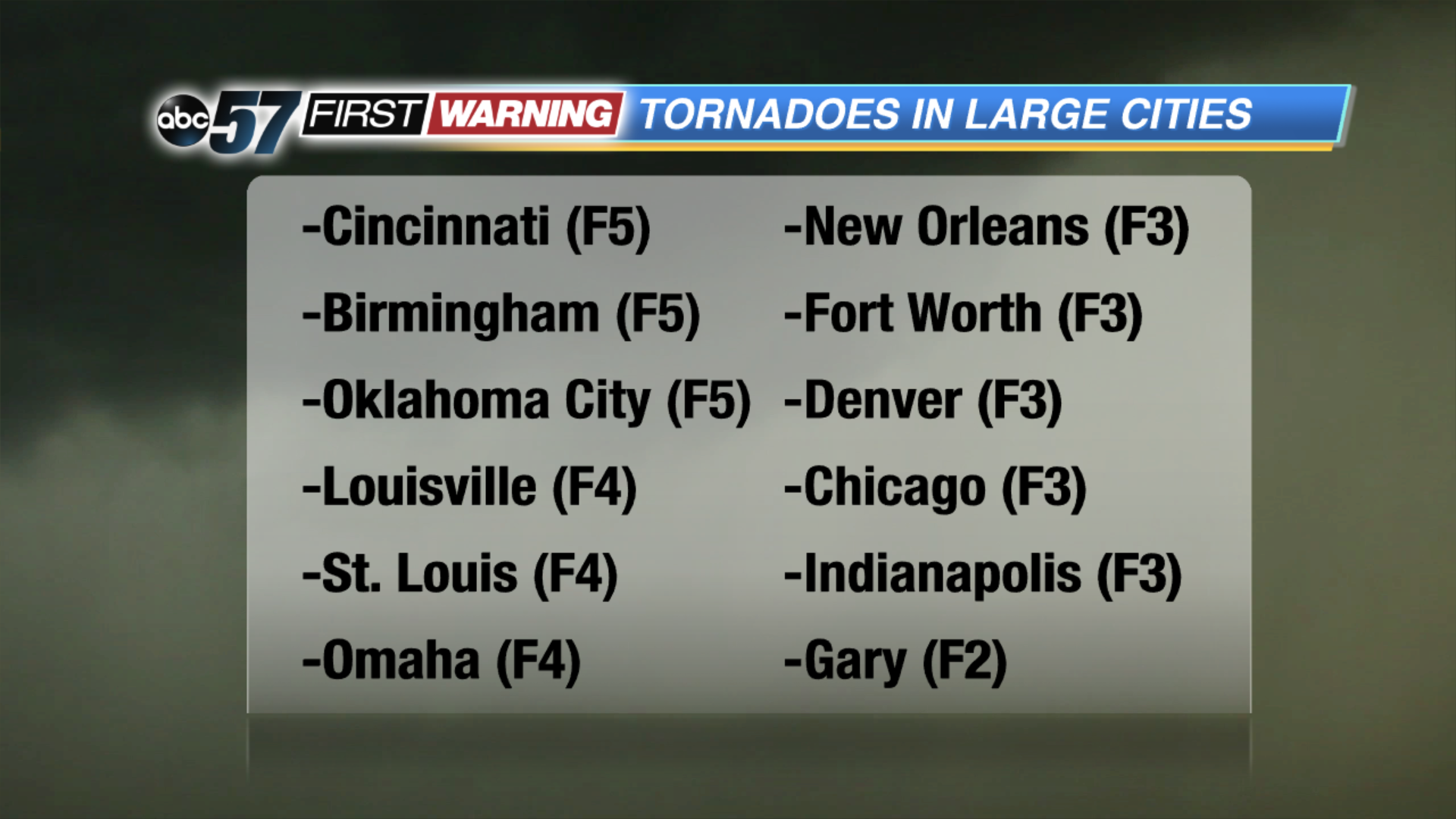 A pair of weak EF-0 tornadoes touched down in Broward County Tuesday afternoon. One affected the Fort Lauderdale-Hollywood International Airport and one moved through the heart of Fort Lauderdale. Both were on the ground for just over three miles, and both caused minor damage. The tornado that affected the northwest portion of the airport had winds of 84 MPH, and the tornado that moved through downtown Fort Lauderdale had maximum winds of 65 MPH. At their strongest, the twisters were 40-60 yards wide! No injuries or fatalities have been reported as a result of Tuesday's storms, but they serve as a reminder that tornadoes can and do impact large cities.

It is a myth that cities, rivers, lakes, and hills provide protection from tornadoes. Once on the ground, a tornado truly doesn't care what sits in its path. Tornadoes can significantly damage anything from cornfields to skyscrapers. The reason why it may seem like cities rarely suffer tornado damage is because there is much more farmland and small towns in America for tornadoes to hit as opposed to large cities. The total amount of surface area covered by large cities simply pales in comparison to how much of the United States is flat and/or unincorporated. Cities like Cincinnati, St. Louis, Fort Worth, and even Chicago have been directly affected by tornadoes in the past, and nothing is preventing similar situations from happening again.