This map from Climate Central shows the change in spring’s green arrival since 1981. Areas in darker green on the map have seen earlier starts of spring (meaning their first leaf date is happening earlier). Orange and brown areas on the map have a later average first green date.

The areas with earlier spring arrival will likely face many issues. Earlier vegetation means a longer allergy season for humans. For animals, hibernating and migrating cycles might not line up with food availability as plants arrive earlier. This can lead to problems all around the food chain. For farmers, growing seasons for crops may shift because of earlier springs. Additionally, earlier vegetation might arrive before final freeze or frost dates, causing damage to crops.

One problem area is the western part of the US. Spring is arriving much earlier in these areas. The biggest change happened in Flagstaff, Arizona, where spring green is arriving 18 days earlier than it did in 1981.

This map shows spring green in 2020 (through April 28). Following the 40-year trend, many states this year saw earlier leaf arrival. The southern states saw the biggest change in arrival (areas on the map in dark red). Some parts of the south saw first leaves three to four weeks earlier than average. In Michiana, spring green arrived in the range of zero to four days late (lightest shade of blue) this year, which follows our later spring trend since 1981. 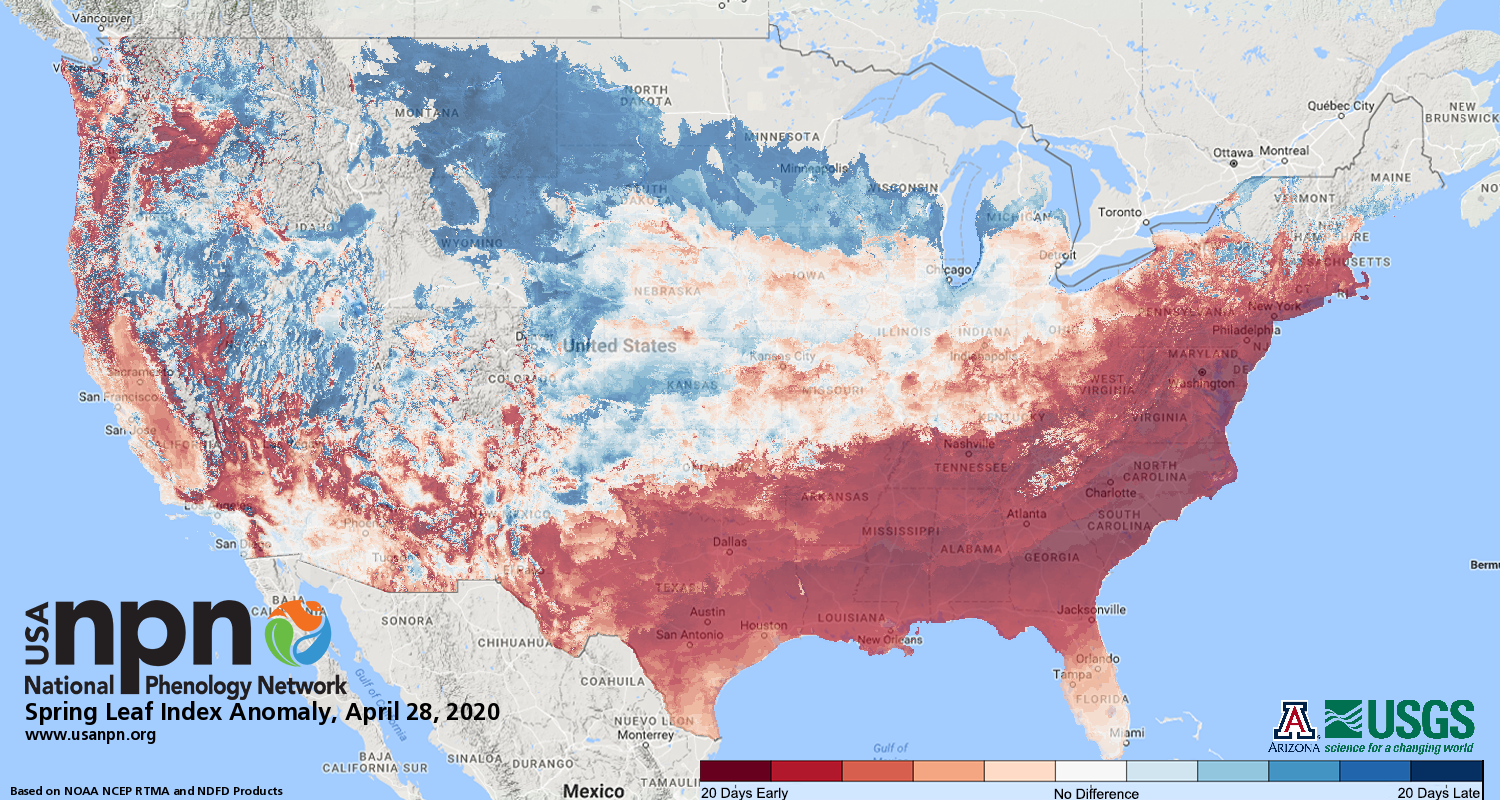 What is the cause of earlier springs? Vegetation is arriving earlier because of warmer temperatures nationally. In Michiana, spring temperatures have stayed relatively unchanged, or even slightly cooler due our proximity to Lake Michigan. This is the reason our spring green isn’t arriving earlier like the rest of the country.

As climate continues to change, earlier springs will continue to be a problem for our environment.