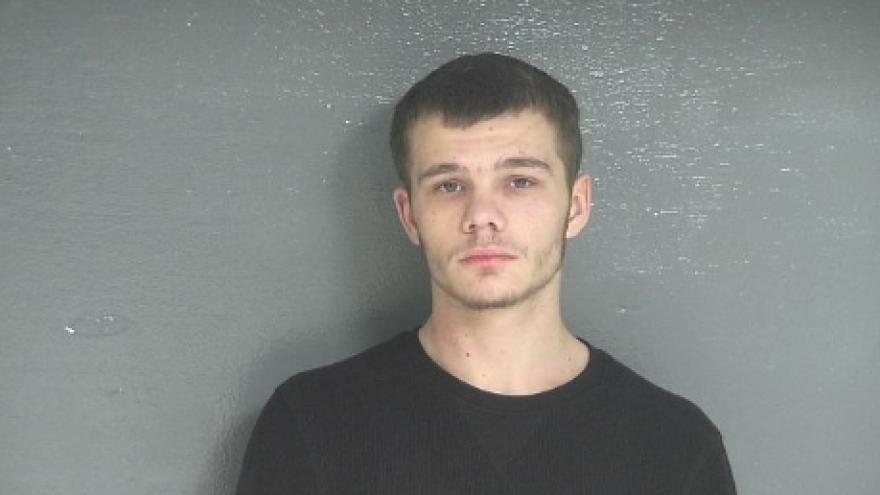 VAN BUREN COUNTY, Mich. – After an attempted traffic stop on Wednesday in Van Buren County, deputies chased after a suspect who led them on a pursuit through multiple townships ending in a crash off of 62nd Street.

The suspect, 19-year-old Chase Porter from Hartford, was pulled over by a deputy in Van Buren County.

Porter, however, fled from the deputy, initiating a pursuit.

The pursuit traveled through the townships of Hartford and Keeler before the suspect drove through a cornfield and a horse pasture.

After crashing through the pasture, Porter entered onto 68th Avenue and then onto 62nd Street.

A short while later Porter crashed behind a house off of 62nd Street. Porter then exited the vehicle and ran into the house.

After Deputies surrounded the house, Porter surrendered and was detained without incident.

Also accompanying Porter was a 26-year-old female passenger who was also taken into custody.

The female passenger also told deputies that she had ingested a few grams of methamphetamine. She transported to the hospital via ambulance.

Porter was arrested on charges of Fleeing and Eluding, Resisting and Obstructing, Possession of Methamphetamine, and a Fugitive Warrant.

The female passenger will be charged at a later date.