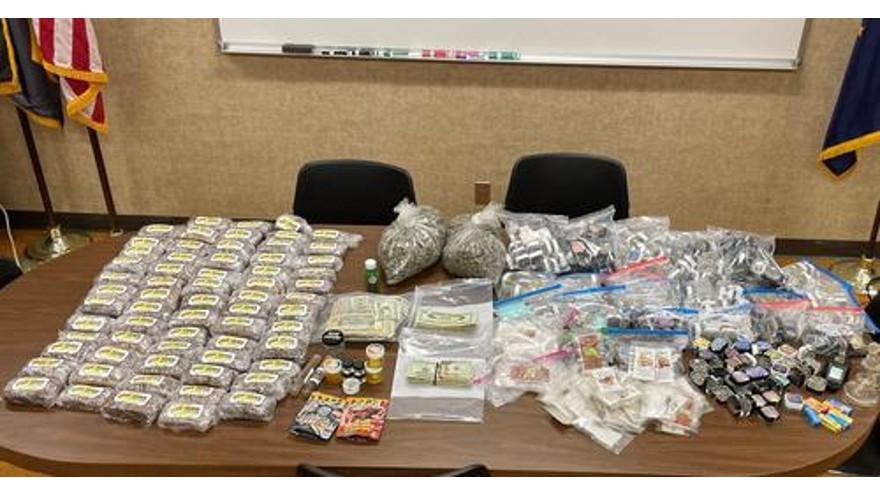 Richard Egan, age 27 of Indianapolis, and 23-year-old Dylan Whitlow of Greenwood were stopped in their Honda Civic for not having their taillights on, police said.

Trooper James Wilkison reported smelling marijuana from within the vehicle while speaking with Egan, who was behind the wheel.

During a search of the vehicle, troopers said they discovered approximately two pounds of marijuana, 450 containers of what is suspected to be THC wax, various drug paraphernalia, 72 wrapped marijuana edibles, psilocybin mushrooms and an estimated $15,000 in cash.

Whitlow has been preliminarily charged with dealing marijuana and possession of marijuana.

Both are currently incarcerated in the Miami County Jail.