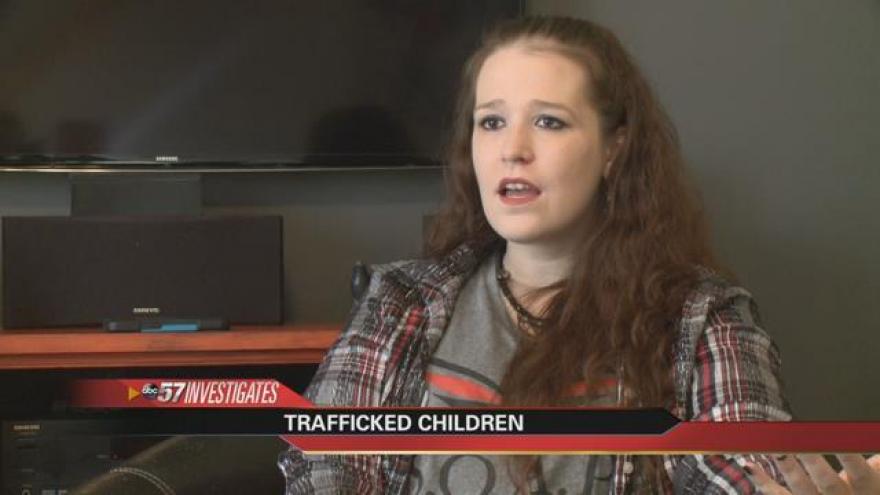 For the past few months, ABC57 News has been investigating human sex trafficking in the United States. According to the State Department, human trafficking is the second largest criminal enterprise in the world.

ABC57 traveled to central Michigan to speak with Devaun Chandler, a survivor who was trafficked by her own family.

Chandler told ABC57 she thought going to live with her sister would be a new beginning, but discovered just before her 14th birthday it was really just the beginning of a nightmare.

The National Center for Missing and Exploited Children says it is something that can happen anywhere.

“I would say if you have internet in your home, your kid's vulnerable because they come through the internet. If you send your kid to public school there could be a kid in the classroom that is a victim and they could be recruited. We know that individuals and young children that are in the life recruit other girls to make their pimps, their traffickers happy, to make it feel normal. This is a statewide problem. And it goes – it spreads across all social economic statuses, all religions, all races, ethnicity. This is, it’s not even a U.S. issue. It’s a global issue. It’s the leading, fastest growing illegal thing in the world. And we’ve got to start paying attention to it now," said Dr. Eubank with the Youth Opportunity Center.

Watch the video above to hear Chandler's story. (Warning: Some content in the video is graphic)