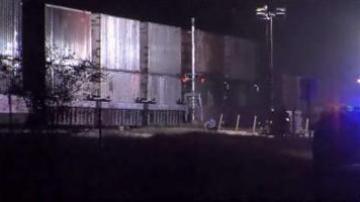 MIDLAND, Texas. -- Four people are dead after a train crashes into a parade float in Texas.

The float was carrying war veterans and their spouses. Medics rushed more than a dozen people to the hospital.

Police said the crossing gate and lights were working at the time of the crash and the train did sound its horn.