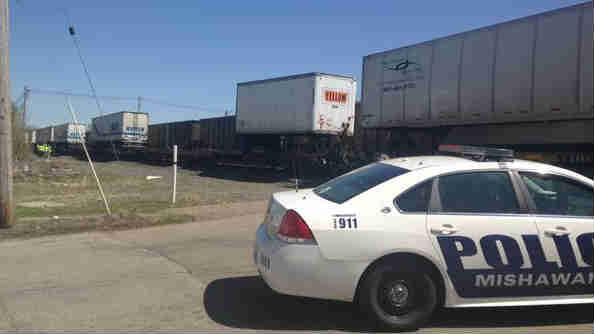 The Mishawaka Police Department has confirmed a male pedestrian was struck by a train Friday afternoon near the Smith Street crossing.

Trains going in opposite directions were both stopped on the tracks as police investigated the scene.

Police confirmed the man died at the scene.

Witnesses say there was an older gentleman walking close to the tracks when he stumbled onto the tracks and was hit by two trains.

Witnesses said the trains did blow their horns repeatedly, and attempted to stop, but could not stop in time.