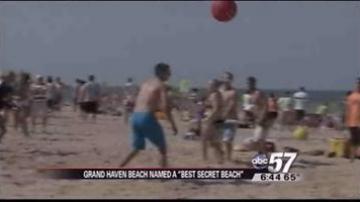 GRAND HAVEN, Mich. - Grand Haven Beach, just south of Muskegon, was named one of the best secret beaches on Earth.

The high honor came from Travel and Leisure magazine. Grand Haven is among 17 beaches on the newly-released list. Others named include beaches in Thailand and Turkey.

So what makes Grand Haven so special? The magazine points out the city's 2.5 mile harbor-front boardwalk and the two 19th Century lighthouses.