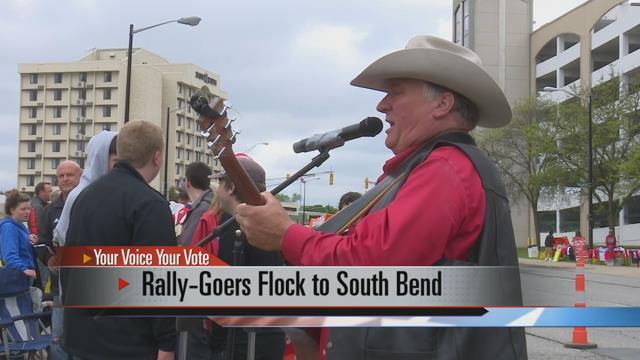 A man who has traveled the country supporting Donald Trump came to his South Bend rally Monday.

Kraig Moss, a musician who plays Trump-themed songs says he’s been to 28 rallies so far.

The New Yorker brings his guitar to each rally and plays songs such as “Trump Train” and “Gonna Build a Wall.”

He has an entire album dedicated to the candidate.

Moss says he supports Trump because of his stances on border control.

He says his son died of a heroin overdose, and he thinks tighter borders would prevent the drug from reaching more Americans.

“With my son dying from heroin, it was very important to me to clamp down on our borders and try to slow down the infiltration of heroin and other drugs in this country,” Moss said.