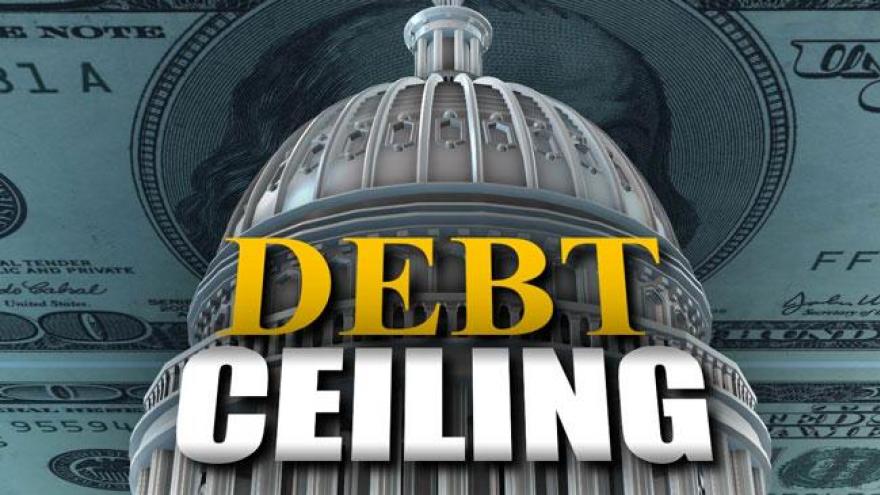 NEW YORK (CNNMoney) -- Treasury Secretary Steven Mnuchin sent a letter this week to Congress warning that the United States is about to reach its legal borrowing limit by next Thursday.

That's because the current debt ceiling suspension expires at the end of Wednesday, March 15.

Since Congress will almost certainly not act in time to raise the ceiling or extend the suspension, Mnuchin will have to start an official juggling act to ensure the country can continue to keep paying all its bills in full and on time. After the current suspension expires, the debt ceiling should reset a little north of $20 trillion next Thursday.

"At that time, Treasury anticipates that it will need to start taking certain extraordinary measures in order to temporarily prevent the United States from defaulting on its obligations," Mnuchin wrote in a March 8 letter to leaders in the House and Senate.

He didn't specify how long "temporarily" will last. The Bipartisan Policy Center and Congressional Budget Office, however, have recently estimated that all the measures combined are likely to be exhausted sometime this fall.

If lawmakers haven't acted by then, the Treasury Department will no longer be able to pay all the country's bills because it will have run out of borrowing authority. And there won't be enough revenue plus cash on hand to cover all legal obligations.

Those obligations -- approved over the years by both parties -- include paying bondholders, federal contractors, Social Security recipients, tax filers owed refunds and a vast array of other parties for services rendered and benefits due.

That's why it's wrong to assert, as some do, that raising the debt ceiling is a "license to spend more." It's more like a license to continue paying what the country already owes.

Defaulting on any set of obligations could hurt the economy and markets to varying degrees, depending on who gets stiffed and for how long.

Typically no party in the majority wants that kind of crisis on their watch. So it's not surprising that Senate Majority Leader Mitch McConnell on Thursday told Politico that Congress would raise the debt ceiling. "The government will not default," McConnell said.

But that doesn't mean the path will be easy. Conservatives or Democrats -- seeking leverage -- may decide to make any number of demands in exchange for their support to raise or suspend the ceiling.

In any case, lawmakers will have several opportunities between now and the fall to deal with the issue. They have to pass two budgets -- one for the rest of this fiscal year and one for next year. And, if they get far enough on health reform or tax reform, they could work in a provision in those bills.

And Mnuchin very well may prod them again.

"As I said in my confirmation hearing, honoring the full faith and credit of our outstanding debt is a critical commitment," he wrote. "I encourage Congress to raise the debt limit at the first opportunity so that we can proceed with our joint priorities."