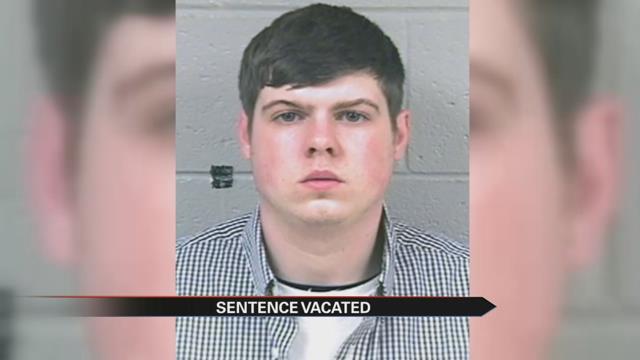 The Berrien County Trial Court vacated the sentence of Zachery Anderson because the prosecutor failed to abide by the terms of the plea agreement.

Anderson was sentenced on April 27, 2015 to 90 days in the Berrien County Jail, 5 years probation and the request for sentencing pursuant to the HYTA was denied.

On August 5, Anderson requested re-sentencing because the prosecutor failed to abide by the plea agreement.

Judge Wiley examined the court transcripts and determined the prosecutor's statement was a violation of the plea agreement.

During the sentencing, the prosecutor stated, "I know part of the plea agreement was not to recommend nor reject HYTA and I'm gonna leave that up to the Court, but they all should probably be tr-treated the same way. There is no difference between this gentleman, between the two that have been before this Court, between the victims and other victims in this community."

Judge Wiley stated, "The language the Prosecutor used during sentencing was not neutral and implied that the Court should not grant HYTA."

Judge Wiley granted Anderson's motion for re-sentencing and vacated the sentencing of April 27.

In the discussion, Judge Wiley said the previous judge based the sentencing on the court's observation of the victim, who appeared to be young in development and maturity, but the judge did not verbalize this as to avoid further embarrassing the victim and her family.

Judge Wiley also referred to the other facts the judge used to impose the sentence, but stated because the prosecutor's statements were taken into account, the sentence must be vacated.

A different judge will sentence Anderson in order to avoid even the appearance of impropriety, according to Judge Wiley.

The judge also ordered an updated pre-sentence investigation report to be prepared to include information ordered by the court on April 13 regarding challenged information of alleged other acts of the defendant that were deleted from the pre-sentence report for the April 27 sentencing because of a miscommunication with the MDOC.

Anderson must appear in court on September 11 to have a new bond set pending sentencing.

We spoke with Anderson's family about the decision.

"Very happy for Zach. He was very happy to get that phone call," Amanda Anderson, Zach Anderson's mom, said.

She says Anderson heard from his probation officer on Monday that his sentence was vacated.

"We finally heard from the judge and answer to our request for resentencing and he granted that," Amanda said.

"The prosecutor violated a plea agreement. And obviously the judge agreed to that," said Zach Anderson's dad, Lester Anderson.

Anderson pleaded guilty to criminal sexual conduct 4th degree for having sex with a 14-year-old girl he met on a phone app called Hot or Not.

Anderson said the victim lied about her age.

Lester says he hopes the re-sentencing will be the beginning of a new life for his son.