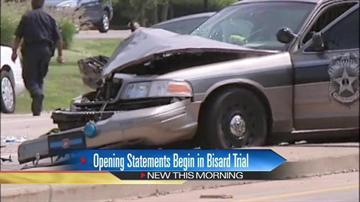 FORT WAYNE, Ind. — Opening statements are expected to begin in the trial of an Indianapolis officer.

David Bisard is accused of driving drunk and crashing into two motorcyclists. One man was killed and two others were seriously injured.

The jury was seated on Tuesday in a Fort Wayne courtroom.

The ABC affiliate in Indianapolis WRTV reports that jury is made up of seven men and five women.

Both sides have listed a total of 183 potential witnesses.