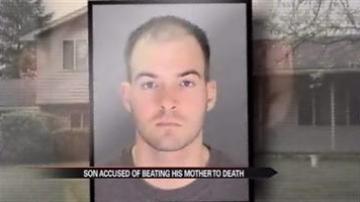 OAKLAND COUNTY, Mich. – A high school valedictorian and University of Michigan biology student accused of murdering his mother is now on trial.

In 2011, Ruth Pyne’s body was found bludgeoned and stabbed 16 times inside the garage of her suburban Michigan home.

After five months of investigating, her son Jeffery was charged with beating her to death.

The rest of their family and the community are supporting Jeffery.

The support comes because the victim had a history of mental illness and was accused of attempting to strangle her son just nine months before she died.

If convicted, he faces life in prison without parole.