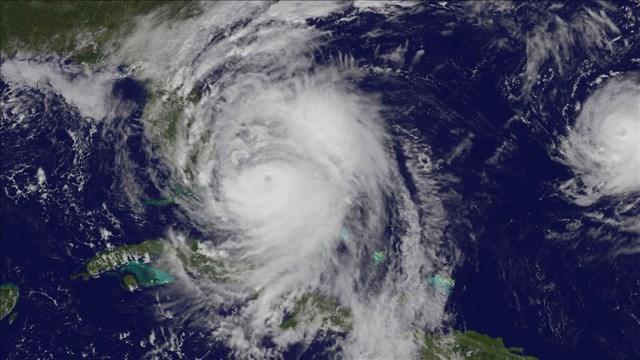 In Costa Rica, the storm killed at least nine people in the communities of Bagaces and Upala and forced 6,000 people into shelters, authorities said Friday.

In Panama, Otto killed at least four people, according to the National System of Civil Protection. One person is missing.

In Nicaragua, the first lady and vice president-elect, Rosario Murillo, reported 10,143 people were evacuated from 69 communities. But on Friday, only 597 people remained in shelters, she said.

The Category 2 storm made landfall in Nicaragua on Thursday, packing maximum sustained winds of 110 mph and moving west at 9 mph as it hit the southern coast near the town of San Juan de Nicaragua, the National Hurricane Center said

By Friday afternoon, it was heading west over the Pacific Ocean. Maximum sustained winds reached 60 mph.

In Bluefields, Nicaragua, families evacuated homes along the coast as the storm neared Thursday.

"It scares us, because we are human beings, and you can't play with nature," resident Juliana Rojas told CNN en Español.

Bernardo Reina said he'd been stocking up on supplies and would be hunkering down when the storm hit.

"I am ready, with bags, with everything I need, with bottled water," he said.

Hurricane warnings were issued for parts of Costa Rica and Nicaragua. Rainfall in the region could exceed 15 inches in some areas, producing life-threatening flash flooding and landslides.

While the Caribbean is one of the few areas with warm enough water to support a hurricane this late in the season, a storm making landfall this far south is extremely rare.

Otto's landfall location is the farthest south on record that a hurricane has ever hit in Central America, forecasters said.

This portion of Central America is unaccustomed to hurricane landfalls. It has steep terrain, which makes the area prone to flooding and landslides from a slow-moving storm like Otto.

Otto formed in the southern Caribbean early this week. The storm has steadily strengthened and on Tuesday afternoon became the seventh hurricane of the season in the Atlantic basin.

Otto is the first hurricane to hit Nicaragua since Ida in 2009.

Hurricane season officially ends on November 30, and while the month does sometimes have named storms, the season is generally winding down.