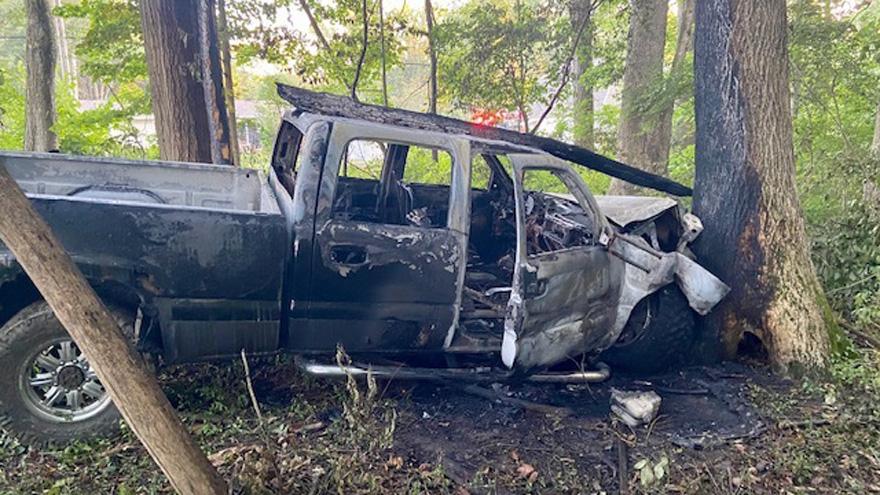 SOUTH BEND, Ind. -- A man who was fleeing police in a stolen vehicle was taken into custody after the vehicle collided with a tree and caught fire, according to Indiana State Police.

Around 7 p.m. Thursday, an ISP trooper located a GMC pickup truck, that had been reported stolen out of Bremen, at a gas station near the intersection of Kern Road and US 931 in South Bend, reports said.

As troopers attempted to move in, the driver fled in the GMC, reports said.

As the driver, later identified as 29-year-old Jared Hilty, fled the gas station, he drove southbound in the northbound lanes of US 931, causing a trooper to drive off the side of the road to avoid being hit, according to the ISP.

Hilty drove southbound on US 931 and went off the roadway at Roycroft Drive, police said.

The truck went through a soybean field, crashed into a tree at the edge of the field and caught fire, police said.

Hilty ran from the crash scene but was taken into custody after a brief chase, police said.

Hilty was taken into custody after being medically cleared. He is facing preliminary charges of: