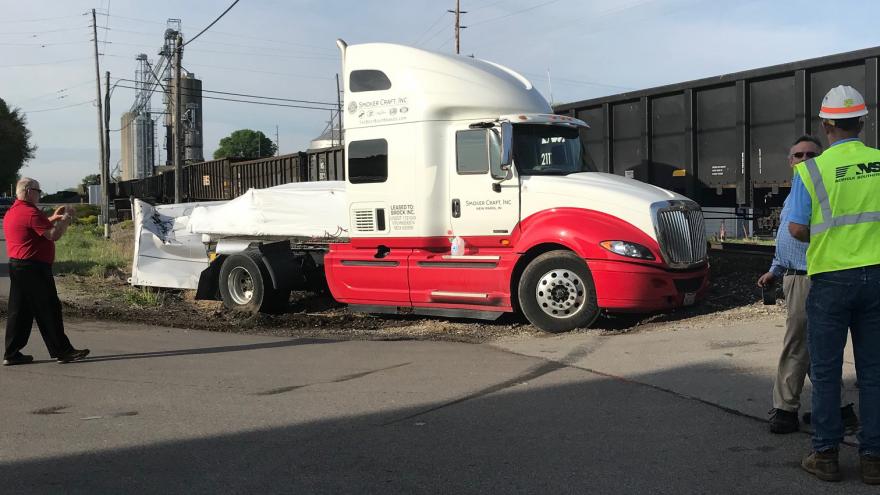 LEESBURG, Ind. — The Kosciusko County Sheriff's Department says a train hit a semi that was on the tracks near East Van Buren Street in Leesburg Wednesday morning.

Sheriff's deputies say the train was crossing the tracks and was trying to merge into traffic when it became stuck on the tracks.

They say the driver called law enforcement, who contacted Norfolk Southern railroad. The railroad contacted the train, but by that time the train had already rounded the curve near the crossing. The engineer hit the brakes and the train slowed down considerably, but it could not stop in time and hit the train.

The collision damaged the semi's trailer and its cargo, which was pontoon boats.

The crossing arms also were damaged.