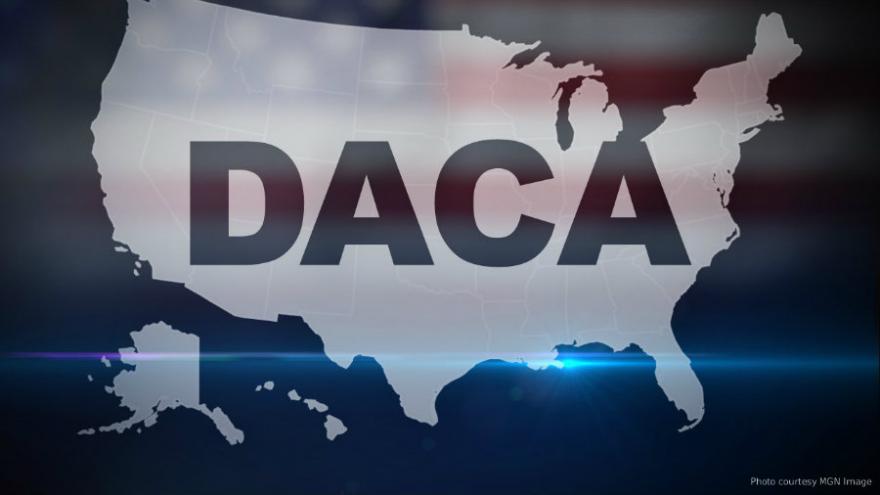 (CNN) -- The Trump administration has resumed receiving renewal applications for individuals eligible for the Deferred Action for Childhood Arrivals program.

In a statement Saturday, the US Citizenship and Immigration Services said the DACA program will be operated "on the terms in place" before it was rescinded last September.

"Due to a federal court order, USCIS has resumed accepting requests to renew a grant of deferred action under DACA," the statement said.

The agency said it won't be processing applications for those who have never before received DACA protections and no new applications will be accepted.

The announcement comes days after a federal judge in California temporarily blocked the Trump administration's efforts to end DACA. The program protected young undocumented immigrants who came to the US as children from deportation.

The program went into effect in 2012, and about 700,000 had active DACA protections in September, when the Trump administration announced its end.

President Donald Trump had criticized the judicial process, noting that the ruling could still be overturned.

"It just shows everyone how broken and unfair our Court System is when the opposing side in a case (such as DACA) always runs to the 9th Circuit and almost always wins before being reversed by higher courts," the President tweeted on Wednesday.

Multiple groups in Congress are working on their own solutions for immigration as they race to pass a spending bill before the government runs out of funding Friday. And the issue of how to move forward on DACA in March is the primary sticking point holding up a funding package.

On Thursday, Trump rejected a pitch from a bipartisan team of senators on an immigration deal to protect DACA participants while increasing border security.The proposal included a pathway to citizenship for undocumented immigrants who came to the US as children and $1.6 billion toward a border fence, two sources with direct knowledge told CNN.But negotiations over a deal on the DACA program froze last week after Trump derided African nations as "shithole countries" and asked why more immigrants couldn't come from Norway during the Thursday's closed-door meeting with lawmakers.Trump denied making those comments.

Hours before USCIS announced it had resumed receiving DACA renewals, Trump blamed Democrats for the stalled immigration negotiations over the vulgar comments controversy.

"I don't believe the Democrats really want to see a deal on DACA. They are all talk and no action," Trump tweeted. "This is the time but, day by day, they are blowing the one great opportunity they have. Too bad!"