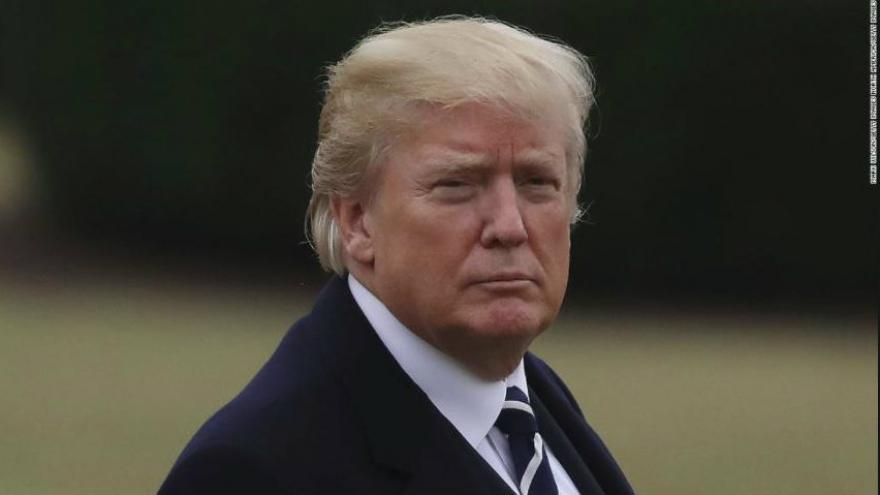 "Just had a long and very good talk with President Moon of South Korea," Trump wrote on Twitter. "Things are going very well, time and location of meeting with North Korea is being set. Also spoke to Prime Minister Abe of Japan to inform him of the ongoing negotiations."

On Friday, Trump said that although the location for the summit has yet to be decided, they have narrowed it down to two countries.

"I think some very good things can happen with respect to North Korea," Trump said, speaking at a press conference with German Chancellor Angela Merkel. "We're setting up meetings now. We're down to two countries, as to a site, and we'll let you know what that site is."

Trump also praised talks between South Korean President Moon Jae-in and Kim earlier this week. On Friday, the US awoke to news that both leaders had committed to a peace declaration and talks to bring about a formal conclusion to the Korean War.

Part of the peace talks between North Korea and South Korea included an agreement on denuclearizing the Korean Peninsula.

In marking the historic moment, the two leaders crossed over the Military Demarcation Line into each other's territories.

Trump's praise of the negotiations between the two nations is a drastic change in rhetoric from his past comments about Kim, but the White House has said it is still wary of North Korea.

"Maybe it will be wonderful. And maybe it won't," Trump said Tuesday about his upcoming talks. "And if it's not going to be fair and reasonable and good, unlike past administrations, I will leave the table."

On Monday, White House press secretary Sarah Sanders said the US is "not going to take the North Koreans at their word."

She added: "We're not naive in this process. We've seen some steps in the right direction, but we have a long way to go."