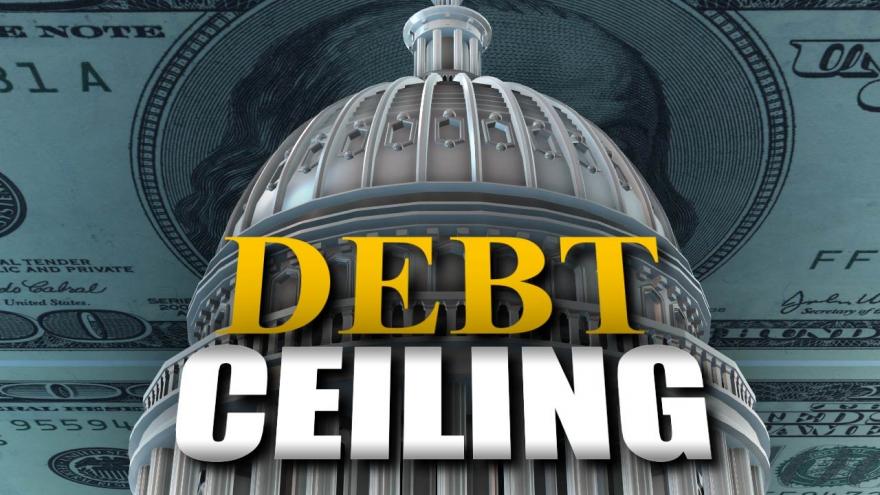 (CNN) -- President Donald Trump bucked his own party Wednesday and sided with Democrats to support a deal that would ensure passage of disaster relief funding as well as raising the debt ceiling and continuing to fund the government into December.

In a rebuke to Republican leaders, Trump backed Democrats' plan to support a deal that would funding for Hurricane Harvey aid but only raise the debt ceiling for three months. Those two items would also be tied to a measure to keep the government open through the end of December, setting up a hugely complicated year end crush of must-pass items.

Trump told reporters aboard Air Force One on Wednesday that he'd reached an agreement with congressional leaders to raise the debt ceiling, provide disaster relief funding and pass a short-term spending bill.

"We had a very good meeting," Trump said of his conversation earlier in the day with top Democratic and Republican leaders at the White House. "We essentially came to a deal and I think the deal will be very good."

While Republicans haven't said how long they want the debt limit raised, it was expected that it would be far longer than three months.

"I think that's ridiculous and disgraceful that they want to play politics with the debt ceiling at this moment when we have fellow citizens in need to respond to these hurricanes so that we do not strand them," Ryan told reporters.

Democratic leaders announced earlier Wednesday they would support a debt ceiling bill being tied to Harvey aid, but only if the measure to avoid default lasted for three months.

"Given Republican difficulty in finding the votes for their plan, we believe this proposal offers a bipartisan path forward to ensure prompt delivery of Harvey aid as well as avoiding a default, while both sides work together to address government funding, Dreamers, and health care," House Minority Leader Nancy Pelosi and Senate Minority Leader Chuck Schumer said in a statement.