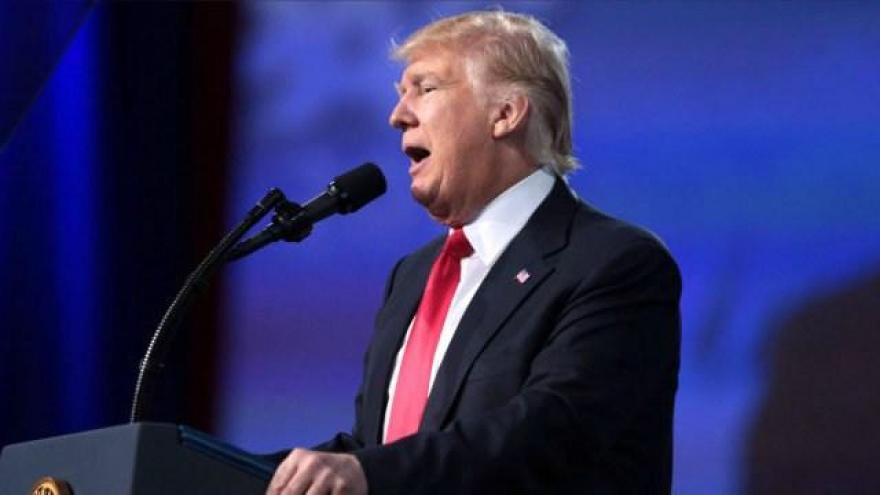 (CNN) -- President Donald Trump and the Republican Party are fast at work amassing a war chest for 2020, raising tens of millions of dollars before Trump even marks his 100th day in the White House.

The Trump campaign committee, Donald J. Trump for President Inc., raised $7.1 million during the first three months of 2017, according to reports filed Friday with the Federal Election Commission. The Republican National Committee took in more than $29.3 million in the first two months, with the latest month's data unavailable.

The Trump Make America Great Again Committee, a joint venture between the Trump campaign and the Republican National Committee, collected more than $9.8 million in total receipts at the end of the first quarter. And Trump Victory, which includes the Trump campaign, the RNC and 11 state parties, received about $67,000 total during the same period. Forming joint fundraising committees allows higher contributions from donors.

Much of Trump's fundraising comes from small donations, suggesting that his grassroots base could play a bigger role than wealthy benefactors in his quest to stay in the White House for eight years.

Trump's campaign also paid more than $28,000 to Bannon Strategic Advisors, the consulting firm of Steve Bannon, Trump's chief strategist, for what was categorized as administrative assistance.

Trump's properties were a regular beneficiary of campaign funds. In the first quarter of the year, his campaign committee paid nearly $200,000 for rent at Trump Tower in New York City; nearly $14,000 for rental and catering services at Trump International Hotel in Las Vegas; more than $8,700 to Trump Restaurants LLC in New York City, also for rental and catering services; and more than $3,600 for lodging at Trump International Hotel in Washington, DC.

More than $3 million in individual contributions to Trump's campaign fund were new donations between the January 1 and March 31 filing window.

The Trump campaign also received more than $3.5 million in transfers from other authorized committees. Most of that money came from pre-existing donations that have been transferred to the Trump 2020 campaign, many of them from Trump and the RNC's joint fundraising committee.

Many of the transfers were made specifically for the 2020 primary -- not the 2020 general election -- given that that is the next campaign the President plans to enter.