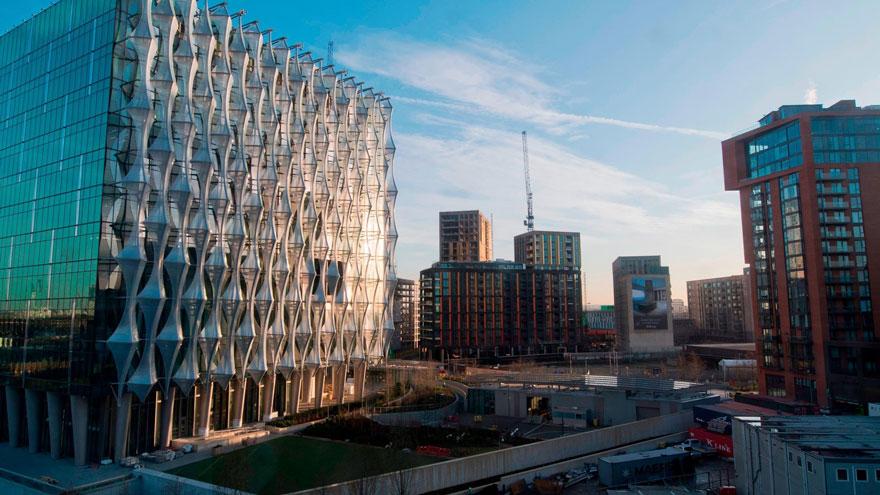 (CNN) -- US President Donald Trump won't be paying a visit to London to open his country's billion-dollar embassy, he tweeted Thursday.

The trip, which would have been Trump's first to the UK as president, had not been officially announced but was expected next month.

In the tweet, Trump blames his predecessor, former president Barack Obama, for the decision to sell the existing embassy, which he describes as "the best located and finest" in the city, for "'peanuts.'"

"Reason I canceled my trip to London is that I am not a big fan of the Obama Administration having sold perhaps the best located and finest embassy in London for 'peanuts,' only to build a new one in an off location for 1.2 billion dollars. Bad deal. Wanted me to cut ribbon-NO!" the full tweet reads.

The decision to move the embassy from Grosvenor Square to Nine Elms was made in 2008 under George W. Bush, not Obama. It would have been impossible to retrofit the aging concrete building with the security measures needed, officials said at the time.

"We looked at all our options, including renovation of our current building on Grosvenor Square," then-Ambassador Robert Tuttle said.

"In the end, we realized that the goal of a modern, secure and environmentally sustainable embassy could best be met by constructing a new facility."

Ground was broken at the new site, in Nine Elms, in November 2013. Philadelphia-based architects KieranTimberlake won the tender to design the new building, according to the US embassy website.

The existing complex in Grosvenor Square has been sold to Qatar's sovereign wealth fund, which will convert it into a hotel.

UK officials, based in London, said they were initially told to plan for a visit from Trump to the UK at the end of February. But word came from Washington in recent days that the trip was likely off.

The officials declined to say why, and said the decision was made by the Americans.

Unpopular leader likely to be met with protest

Large protests are expected to accompany any presidential visit to the British capital, where Trump is deeply unpopular.

A UK official said on Friday the invitation to Trump for a state visit, first extended by British Prime Minister Theresa May during her visit to the US early in Trump's presidency, still stands: "The invitation for a State Visit has been extended and accepted," the official said.

The official drew a distinction between the state visit, which would include a visit with Queen Elizabeth II and royal trappings like a horse parade, and a working visit, that would include a meeting with May and other diplomatic formalities like opening the embassy.

Former Labour leader Ed Miliband replied to Trump's tweet shortly after it was posted, challenging the assertion that it was Trump's dissatisfaction with the deal that had derailed the visit.

"Nope it's because nobody wanted you to come," Miliband wrote in a reply to the US leader's tweet. "And you got the message."

London Mayor Sadiq Khan, a vocal critic of Trump, said Friday that the President "got the message from the many Londoners who love America and Americans but find his policies and action the polar opposite of our city's values."

In November last year, Khan slammed Trump for retweeting anti-Muslim propaganda from a British far-right party, and suggested May shouldn't welcome Trump into their country for a state visit.

Khan, who is Muslim, called Britain First, the far-right party Trump retweeted, "a vile, extremist group that exists solely to sow division and hatred in our country."

He added that the videos make it "increasingly clear that any official visit at all from President Trump to Britain would not be welcomed."