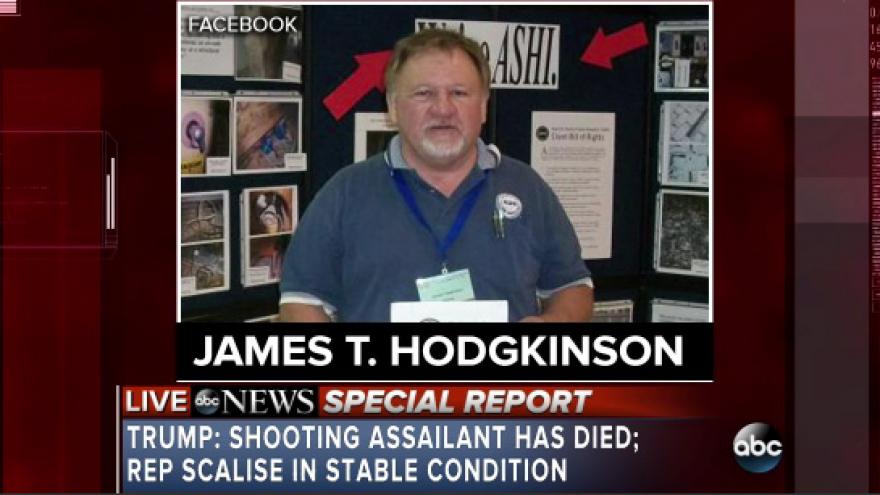 "Authorities are continuing to investigate the crime and the assailant has now died from his injuries," Trump said from the White House.

Scalise, a congressional staffer and two law enforcement officials suffered gunshot wounds after the shooter opened fire on Republican members of Congress on the baseball field in Alexandria, Virginia.

"Steve Scalise is a friend and a very good friend. He's a patriot and he's a fighter. He will recover from this assault and, Steve, I want you to know that you have the prayers not only of the entire city behind you but of an entire nation and frankly the entire world," Trump said. "America is praying for you and America is praying for all of the victims of this shooting."

Trump canceled a scheduled event at the Labor Department soon after the shooting took place, and the White House has said both Trump and Vice President Mike Pence received updates on the shooting.

In the wake of the shooting, Trump spoke over the phone with House Speaker Paul Ryan, Senate Majority Leader Mitch McConnell, Scalise's wife and his chief of staff, as well as the Capitol Police chief.

The shooting marks the first time a sitting member of Congress has been shot since Rep. Gabby Giffords was targeted by a gunman in 2011.