Trump plans to nominate non-scientist to head science at USDA 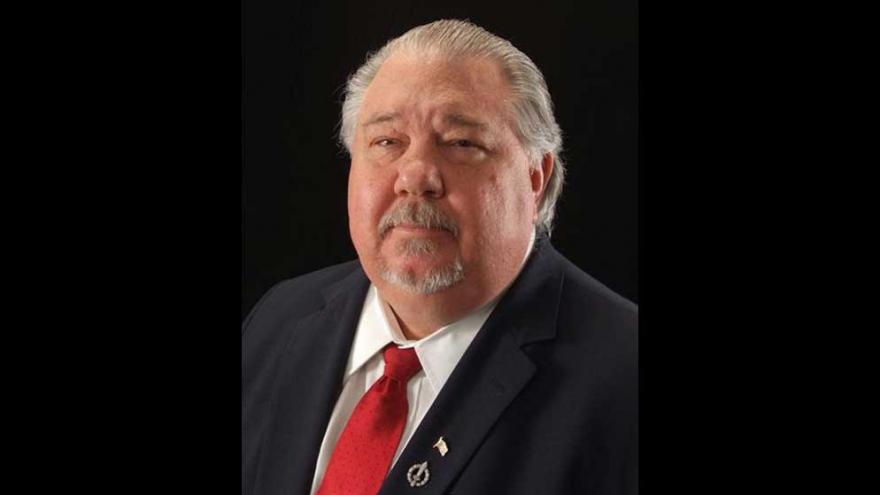 WASHINGTON (CNN) -- President Donald Trump plans to nominate his longtime campaign aide Sam Clovis to head science at the US Department of Agriculture, despite the fact that Clovis lacks a background in science and a congressional rule maintains that the role must be filled "from among distinguished scientists."

Clovis, who has been serving as senior White House adviser to the USDA since Trump took office, has a background as an economics professor and a former talk radio host, but he has no formal background in the hard sciences. The White House announced Trump's Photo credit Sam Clovis Officeplans to nominate Clovis Wednesday night.

The nominee for under secretary of agriculture for research, education, and economics, was an avid supporter of Trump in 2016, serving as his chief policy adviser and national chair.

"Either they (GOP establishment) want to get behind the presumptive nominee who will be the nominee of this party and make sure that we do everything we can to win in November or we're just asking them if they can't do that, then just shut the hell up," Clovis told CNN's "New Day" last June. "That's what we're asking them to do."

"Mr. Clovis spent 25 years serving in the Air Force. He retired as the Inspector General of the North American Aerospace Defense Command and the United States Space Command and was a command pilot," the White House statement read.

Clovis holds a bachelor degree in political science and a doctorate in public administration.

Supporters of the nomination point to Clovis' roots hailing from Iowa and the fact that he led Trump's "beachhead" team for the USDA, a crew that hired staff and begin crafting policy while USDA Secretary Sonny Perdue awaited Senate confirmation.

However, there's a stipulation in the Farm Bill that was first added in 2008 that mandates that all nominees to the chief scientist role at the USDA be a scientist -- something Clovis is not.

"The Under Secretary shall be appointed by the President, by and with the advice and consent of the Senate, from among distinguished scientists with specialized training or significant experience in agricultural research, education, and economics," the statue reads.

The White House and Clovis did not return requests for comment. The USDA declined comment until Clovis is formally nominated.

Additionally, Clovis has a record of denying climate change. When running for the Iowa GOP Senate seat in 2014 against Joni Ernst, Clovis told Iowa Public Radio that climate science is "junk science" and "not proven."

"I am extremely skeptical. I have looked at the science and I have enough of a science background ... And a lot of the science is junk science. It's not proven. I don't think there's any substantive information available to me that doesn't raise as many questions as it does answers. So I'm a skeptic," he said.

Clovis' nomination to the USDA was met with some outrage.

Democratic Sen. Chris Coons of Delaware said he was "extremely concerned" about the nomination.

"The person who serves as the USDA's top scientist is required to actually be a scientist. This is not just my opinion, but also a statutory requirement," Coons said in a statement.

The Union of Concerned Scientists responded to the nomination with outrage posting a statement online: "With no background in science, Clovis -- who is also a vocal climate denier -- is an unacceptable and illegal choice for this important role that affects farmers, rural communities, and the health and nutrition of all Americans."

Clovis' nomination will go through a hearing with the Senate Committee on Agriculture, Nutrition, and Forestry in order to be confirmed. A hearing date has not yet been set.