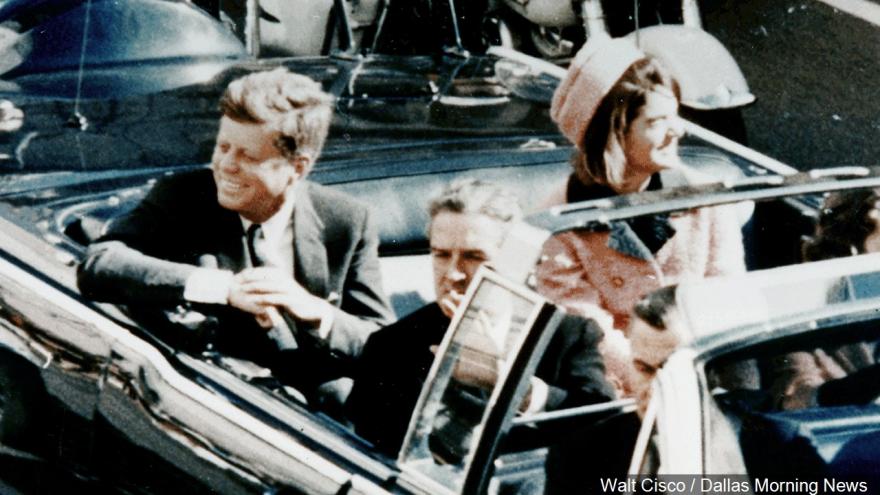 (CNN) -- President Donald Trump said Friday night on Twitter that he would release all documents related to President John F. Kennedy's assassination, a pledge that comes despite national security agencies' last-minute requests to keep some of the records secret.

The President said he came to the decision after consulting with his chief of staff, John Kelly, as well as the CIA and other agencies, and would release all files "other than the names and addresses of any mentioned person who is still living."

"I am doing this for reasons of full disclosure, transparency and in order to put any and all conspiracy theories to rest," the President tweeted.

In a memo Thursday, Trump directed agencies that requested redactions to reassess their reasons for keeping the records secret, and said he would make a decision on those requests within 180 days. But it is unclear what his latest statement would do to that timeline.

The White House has not provided a definitive timeline for the National Archives and Records Administration to release all the files; a White House official told CNN that the period of time has not been determined.

The administration began to release some of the documents Thursday evening, making more than 2,800 records public.

But Trump agreed not to release the full tranche of records, acquiescing to last-minute requests from national security agencies that some of those records remain classified. Those documents included files that raised concerns over the possible impact of their release on US national security, law enforcement and foreign relations.

Trump wanted more of the documents released, but when the final requests from government agencies hit his desk on Thursday, there wasn't enough time to go through the hundreds of records the agencies wanted to keep secret, two US officials said.

"He was unhappy with the level of redactions," a White House official said, adding that Trump believed the agencies were "not meeting the spirit of the law."

White House press secretary Sarah Sanders said in a statement Thursday night that Trump "has demanded unprecedented transparency from the agencies and directed them to minimize redactions without delay."

On Friday morning, Trump pledged to release more of the secret files, but did not commit to making them all public.

"JFK Files are being carefully released," he tweeted. "In the end there will be great transparency. It is my hope to get just about everything to public!"

Trump's decision to begin releasing the documents came at the end of a months-long review of the classified records, during which tensions flared between intelligence and law enforcement agencies and the National Archives over what information should be withheld from the public.

Further secrecy would likely keep conspiracy theories about Kennedy's assassination alive, encouraging those who have questioned official conclusions and argued that the government helped cover up the truth.