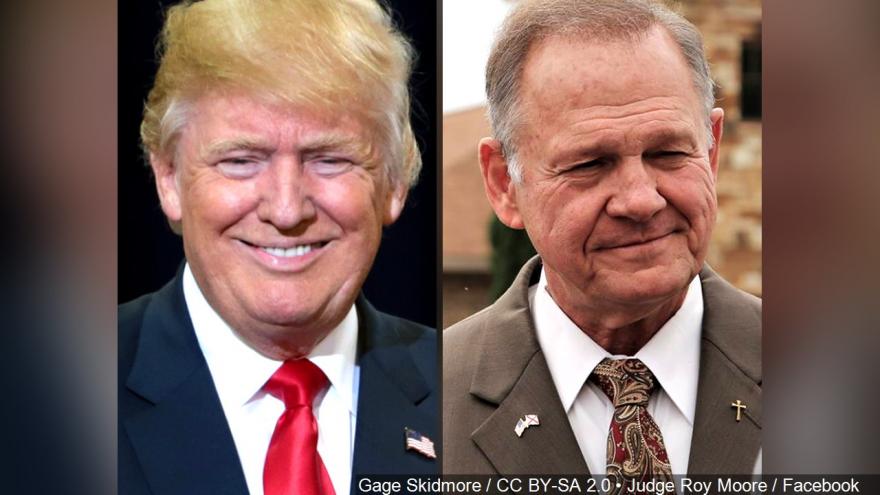 Politico first reported about the call.

The call is another high-profile move by Trump to boost Moore. The Moore campaign has not returned a request for comment.

At a rally Friday in Pensacola, Florida, which is near the Alabama border, the President pointed to someone in the audience and said: "This guy is screaming, 'We want Roy Moore.' He is right."

The rally comes after Trump spent part of the week touting Moore on Twitter despite the accusations that the 70-year-old, twice-ousted former state Supreme Court chief justice had pursued sexual relationships with teenagers, molested a 14-year-old and sexually assaulted a 16-year-old, all while he was in his 30s. Moore has repeatedly denied the allegations.

The President has cast Democratic candidate Doug Jones as too liberal for Alabama.

Republicans hold a 52-48 majority in the Senate.

"LAST thing the Make America Great Again Agenda needs is a Liberal Democrat in Senate where we have so little margin for victory already," Trump tweeted Friday. "The Pelosi/Schumer Puppet Jones would vote against us 100% of the time. He's bad on Crime, Life, Border, Vets, Guns & Military. VOTE ROY MOORE!"