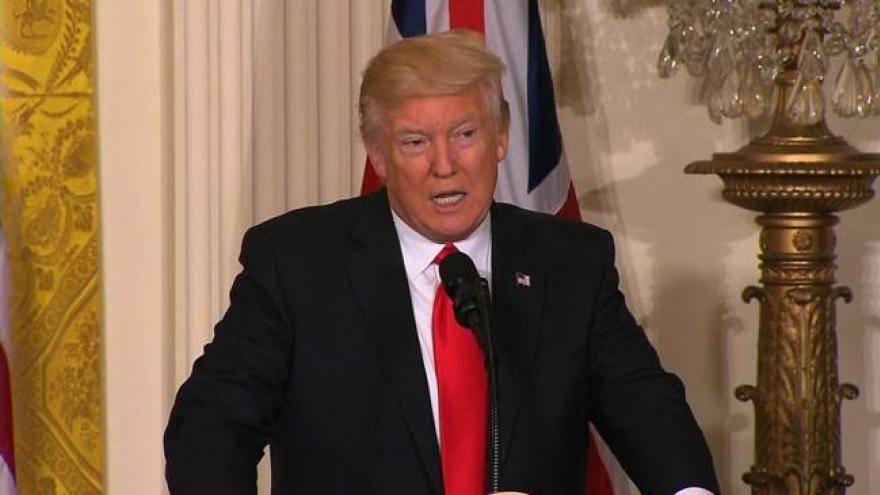 WASHINGTON (CNN) -- President Donald Trump said in a new interview Friday that persecuted Christians will be given priority over other refugees seeking to enter the United States, saying they have been "horribly treated."

Speaking with the Christian Broadcasting Network, Trump said that it had been "impossible, or at least very tough" for Syrian Christians to enter the United States.

"If you were a Muslim you could come in, but if you were a Christian, it was almost impossible and the reason that was so unfair -- everybody was persecuted, in all fairness -- but they were chopping off the heads of everybody but more so the Christians. And I thought it was very, very unfair. So we are going to help them."

Trump did not name a reason or offer any evidence about why the agencies that vet refugees, including the Department of Homeland Security and the State Department, would have prioritized Muslim refugees over Christians.

According to a report by the non-partisan Pew Research Center, however, 99% of the nearly 12,600 Syrians granted refugee status last year were Muslims. Less than 1% were Christian. Syria's population is 87% Muslim and 10% Christian, according to the CIA World Fact Book.

Also on Friday, Trump signed an executive order freezing refugee applications from seven Muslim-majority countries in the Middle East and Africa, including Syria. It's unclear how his pledge to help persecuted Christians from those countries will accord with that plan.

The United States admitted a record number of 38,901 Muslim refugees in 2016, according to a study conducted by Pew. But nearly the same number of Christians, 37,521 were also admitted.

Many religious groups have denounced Trump's proposed ban on refugees from Muslim-majority countries.

At the same time, many Christian groups that resettle refugees in the United States decry the persecution of their brethren overseas, but said the country should not give favor to fellow Christians or bar Muslims.

"We would resist that strongly," Scott Arbeiter, president of World Relief, the humanitarian arm of the National Association of Evangelicals and one of nine agencies that partner with the federal government to resettle refugees.

"Some of the most vulnerable people in the world right now are Muslims. If we say no Muslim should be let in, we are denying the humanity and dignity of people made in the image of God."

Arbeiter said he and his group have tried unsuccessfully to meet with the new Trump administration to discuss refugee policy.

A study conducted by the libertarian Cato Institute found that between 1975-2015, the United States admitted approximately 700,000 asylum-seekers and 3.25 million refugees. Four asylum-seekers and 20 refugees later became terrorists and launched attacks on US soil.