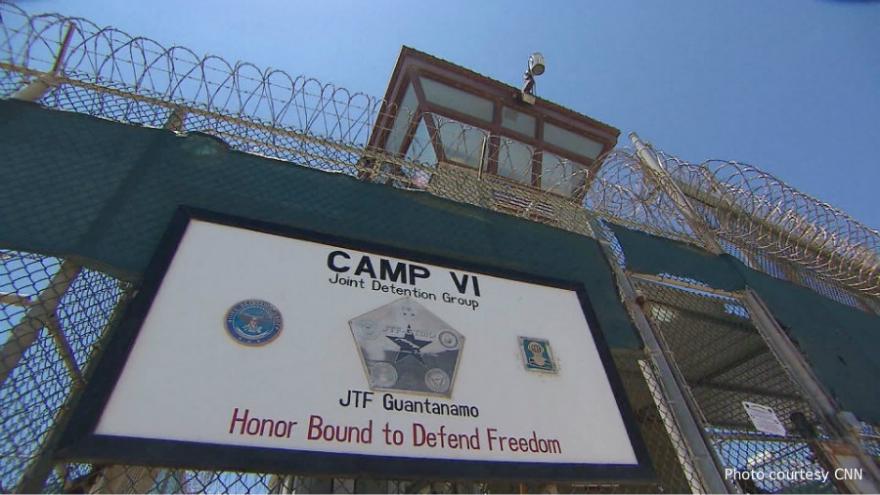 The decision is a major reversal of his predecessor President Barack Obama's policy.

During his Tuesday night State of the Union speech, Trump said he had just signed the order directing Secretary of Defense James Mattis to "re-examine our military detention policy and to keep open the detention facilities at Guantánamo Bay."

In his speech and order Trump raised the prospect of additional ISIS prisoners being sent to Guantánamo Bay.

"I am asking Congress to ensure that in the fight against ISIS and al Qaeda we continue to have all necessary power to detain terrorists wherever we chase them down, wherever we find them. And In many cases for them it will now be Guantánamo bay," Trump said.

"The United States may transport additional detainees to US Naval Station Guantanamo Bay when lawful and necessary to protect the Nation," the order said.

The order called the detention operations at the facility "legal, safe, humane, and conducted consistent with United States and international law."

The order said the risk of recidivism among the remaining prisoners was high, saying they represented "the most difficult and dangerous cases from among those historically detained at the facility."

"In the past, we have foolishly released hundreds of dangerous terrorists, only to meet them again on the battlefield -- including the ISIS leader, al-Baghdadi," Trump said Tuesday, referring to the fact that Baghdadi had once been detained by US forces in Iraq prior to his becoming the leader of ISIS.

"There is significant reason for concern regarding their reengagement in hostilities should they have the opportunity," the order said.

Obama long sought to close the prison facility but was prevented by congressional legislation from moving prisoners to US soil.

Shortly after his inauguration in 2009, Obama signed an executive order to close the detention facilities within a year.