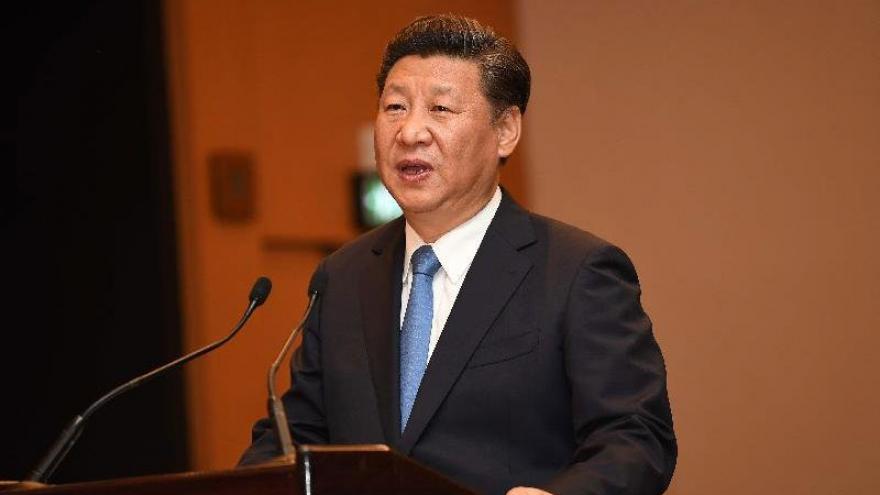 By Ben Westcott and Kevin Bohn

The phone calls came just two days after Trump declared US patience with North Korea was "over."

"The era of strategic patience with the North Korean regime has failed. And, frankly, that patience is over," Trump said at the time.

"Both leaders reaffirmed their commitment to a denuclearized Korean Peninsula," the White House said in a readout of the phone call.

In his conversation with Prime Minister Abe, the White House said Trump reiterated the US was ready to defend Japan in the event of any North Korean aggression.

"The two leaders exchanged views on the growing threat from North Korea, including their unity with respect to increasing pressure on the regime to change its dangerous path," the White House readout said.

Obama on North Korea: 'It's a hard problem'

As Trump was speaking with Xi and Abe, his predecessor, former US President Barack Obama, was speaking in South Korea about the difficulties of dealing with North Korea.

"The first thing to stipulate is this is hard, it's a hard problem," Obama said during remarks at the Asian Leadership Conference in Seoul.

"In North Korea you have a government that is unmatched in its repression of its people ... You have a young man who is only interested in maintaining power and is willing to do anything to sustain that."

Obama said North Korea's future prosperity would not come "from the pursuit of nuclear weapons."

"The future belongs to those who build, not those who are committed to destroy... so long as it remains outside of the world order, they should face consequences."

Trump's phone conversation with Xi comes at the end of a tense week between China and the United States, rocking a previously cordial relationship between the new US administration and Beijing.

A $1.4 billion arms sale to Taiwan was approved after months of delay, the same day as China's Dandong bank was sanctioned by the US for alleged ties to North Korea.

On Sunday, a US Navy destroyer ran a freedom of navigation exercise close to islands in the South China Sea claimed by China.

in his phone call with Xi on Sunday, Trump also restated to Xi his call for "more balanced trade relations with America's trading partners," according to the US version of the call.

Trump has long been critical of what he describes as China's foreign trade abuses, which a senior White House official described as "an uneven playing field for US companies" ahead of Xi and Trump's first meeting.

The growing US push back on Beijing appears to be caused by mounting frustration over a perceived lack of action by the Chinese to contain North Korea.

On June 21, Trump sent a tweet in which he said Chinese efforts on North Korea, while appreciated, had "not worked out."