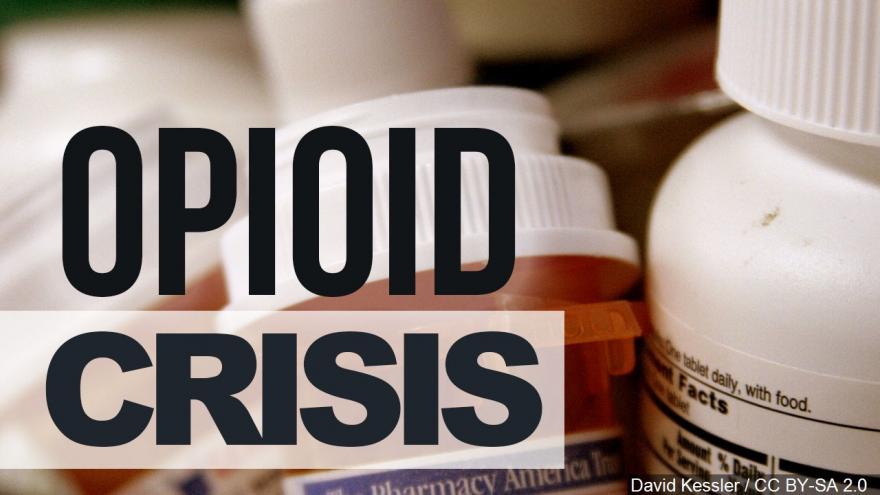 "It's a problem the likes of which we have never seen. Meanwhile, the overall drug prosecutions have gone down in recent years," Trump said of opioid abuse during a briefing on the topic.

He heralded Price as the person to lead his effort to tackle the issue, and said that no one is safe from opioid addiction.

"At the end of 2016, there were 23% fewer federal prosecutions than in 2011. So they looked at this surge and they let it go by," Trump said, referring to enforcement under former President Barack Obama. "We're not letting it go by. The average sentence for a drug offender decreased 20% from 2009 to 2016."

"The best way to prevent drug addiction and overdose is to prevent people from abusing drugs in the first place. If they don't start, they won't have a problem. If they do start, it's awfully tough to get off," Trump said.

That sort of strategy advocates for targeting kids and young adults with anti-drug messaging, evocative of the "Just Say No" ad campaign of the 1980s and early 1990s.

Trump did not announce any new policy during the meeting, though the commission he created to examine opioid abuse has recommended a state of emergency to combat the problem.

The President pledged to make fighting the opioid crisis, which the Centers for Disease Control and Prevention (CDC) has deemed an epidemic, a top priority during the 2016 campaign, but some opioid treatment advocates have been disappointed by the Trump administration's steps to combat the problem.

A White House official said Tuesday that the briefing with Price and Baum will provide the President with "an update on the opioid crisis" as the White House works to complete its review of an interim report his Commission on Combating Drug Addiction and the Opioid Crisis. The official also labeled the opioid crisis "an issue that he brought to the forefront of the campaign."

Trump, however, has been criticized in recent weeks for saying he won New Hampshire, a state ravaged by the opioid crisis, because the state is a "a drug-infested den," according to a leaked transcript of a January conversation with the Mexican President Enrique Peña Nieto The Washington Post reported.

During the call, according to the Post, Trump lashed out at Peña Nieto for the quantity of illegal drugs that come into the United States from Mexico.

"We have a massive drug problem where kids are becoming addicted to drugs because the drugs are being sold for less money than candy," Trump said.

The comment was immediately slammed by Republicans and Democrats alike, including by the Republican governor of New Hampshire who endorsed Trump for president.

"The President is wrong," Gov. Chris Sununu said. "It's disappointing his mischaracterization of this epidemic ignores the great things this state has to offer."

Drug treatment advocates, including those battling addition themselves, have also been disappointed with Trump's comments.

Erin Canterbury, a New Hampshire Democrat who had voted for then-candidate Trump in 2016, said she was irate when she heard that Trump called New Hampshire "a drug-infested den."

"I am pretty ticked off," said Canterbury, who said she now regrets her vote for Trump and likely won't vote for him in 2020.

Opioid overdoses have skyrocketed in recent years, leading state governments to commit millions to fighting the issue. A national CDC study showing 25% of all drug overdose deaths were related to heroin in 2015. That number was just 6% in 1999.

In response to the epidemic, Trump created a White House panel tasked with considering how the federal government should respond. The panel, which is being led by New Jersey Gov. Chris Christie, released its interim report earlier this month and suggested that Trump declare a state of emergency to combat opioids.

"Our citizens are dying. We must act boldly to stop it," read its report. "The first and most urgent recommendation of this Commission is direct and completely within your control. Declare a national emergency."

The report added: "America is enduring a death toll equal to September 11th every three weeks," noting the fact that 142 Americans die from drug overdoses every day.