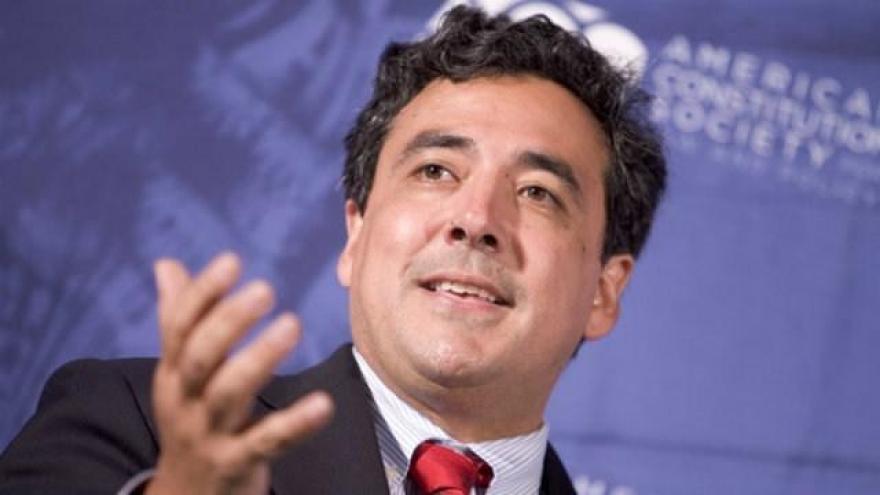 Francisco, who most recently hails from the law firm Jones Day, has been working on the re-launch of the President's travel ban executive order. At Jones Day he worked with Donald McGahn, the current White House counsel, and is one of several Jones Day alumni currently serving in the Trump administration.

"Noel is an incredibly gifted appellate advocate, I've worked with him a lot," said Mike Carvin, who has worked with Francisco for many years at Jones Day. "He is as easy to work with as he is persuasive to the courts., He can advance controversial issues without annoying the other side and even people who disagree with him in principal uniformly like him as a person."

The job of solicitor general is one of the most coveted legal jobs in Washington. The so called "S.G." stands in the ornate chamber and argues before the Supreme Court, but he or she also plays a vital behind the scenes role of determining whether the United States will appeal in thousands of cases each year.

Francisco, a former clerk to Justice Antonin Scalia, has argued several times before the high court as a private attorney. In 2016 he secured a victory for former Virginia Gov. Bob McDonnell in a case concerning the scope of a federal bribery statute.

He was initially tapped to serve as Principal Deputy Solicitor General for the United States. In January, sources said that Charles J. Cooper of Cooper Kirk and George Conway, a partner at Wachtell, Lipton, Rosen & Katz who is also the husband of Trump senior adviser Kellyanne Conway were the two front runners for the top spot. Cooper -- a close friend of Attorney General Jeff Sessions -- later withdrew his name from consideration.

Other potentials were lawyers Christopher Landau of Kirkland & Ellis and Kannon Shanmugam of Williams & Connolly.